Is gentrification inevitable? A new book says no 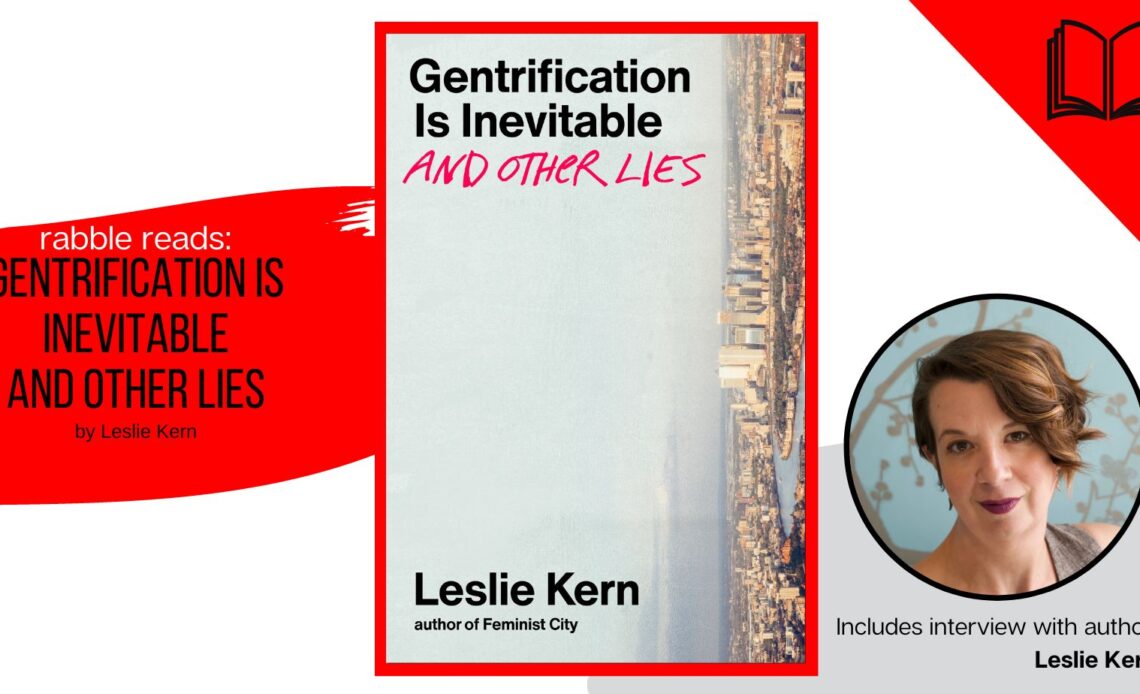 Gentrification is affecting cities all across Canada, and while it might seem like there’s nothing we can do to stop it, a new book penned by a gentrification researcher believes it’s the exact opposite.

In Gentrification is Inevitable and Other Lies, Leslie Kern analyzes and dissects the many false narratives about the process of gentrification, while also challenging the very definition of what it means to gentrify.

Kern originally thought of calling the book, The Killjoys Guide to Gentrification, with the subject centring around “why the things so many of us enjoy and value about cities often lead to gentrification,” among other harmful and destructive impacts.

“That was the original Genesis of the idea for the book,” Kern, who also wrote the book Feminist City, said in an interview with rabble.ca.  “And then it evolved into, I think, a more sophisticated way of trying to address different myths and misconceptions about the process [of gentrification].”

By connecting the monetization of activities and lifestyles previously associated with marginalized communities to cultural appropriation, Kern expands the way we think about gentrification.

“I think gentrification has, over the last couple of decades, gone from academic jargon to a term that people use to talk about cities but also about other processes in the social and cultural world,” she explained.

In her book, Kern explains how cultural practices that were once kind of taboo, like tattooing, or associated with working class communities, like certain kinds of food, are gentrified through the process of being brought into the mainstream on the premise of being an “artisanal, fancy” product. One example of gentrified food is the growing popularity of cereal cafes—restaurants that sell bowls of Cheerios and Rice Krispies at marked-up prices.

“As I was writing that chapter and exploring these themes, it became obvious, but in many ways,” she said. “Even though these were somewhat metaphorical uses of the term gentrification, they also connected back to the very real material process of gentrification on the ground in cities.”

She pointed to the impact…