Is Vladimir Putin’s ‘partial’ Ukraine War mobilization a step too far for Russians? 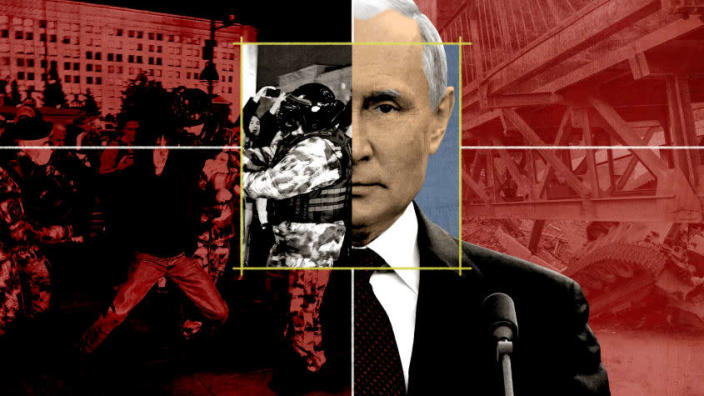 Russian President Vladimir Putin’s “partial mobilization” of some 300,000 reservists to bolster withering Russian forces in Ukraine was not a popular move. Cities around Russia saw their biggest anti-war protests since Putin launched his invasion in late February, and panicked Russian men rushed to the border or scrambled to buy the remaining exorbitantly priced airplane tickets to the few destinations still welcoming Russians.

“Google search trends showed a spike in queries like ‘how to leave Russia’ and even ‘how to break an arm at home,’ raising speculation some Russians were thinking of resorting to self-harm to avoid the war,” The Washington Post reports.

Russian pro-war nationalists, meanwhile, wanted universal conscription, but “even this limited mobilization is likely to be highly unpopular with parts of the Russian population,” Britain’s Ministry of Defense assessed Thursday. “Putin is accepting considerable political risk in the hope of generating much needed combat power. The move is effectively an admission that Russia has exhausted its supply of willing volunteers to fight in Ukraine,” the Defense Ministry added, and the new muster of conscripts is “unlikely to be combat effective for months” or numerous enough to reverse Russia’s flagging fortunes.

Putin has built up an iron grip on power over his two decades leading Russia. Could Ukraine end up being his Waterloo?

Putin will lose this high-stakes gamble

Putin “asking young men to commit their lives to a flagging war effort is risky — not only because it might not bring benefits on the battlefield, but because it is likely to provoke many of those men into outright opposition to the war itself,” Samuel Greene, professor of Russian politics at King’s College London, writes in The Washington Post. “For the war’s opponents, on the other hand, appealing to young married men looks like the clearest route to stymying Putin’s plans.”

Public opinion won’t tumble right away, says R.Politik political consultant Tatiana Stanovaya. “Mobilization will be gradually expanded. Society will slowly become irritated and indignant — do not expect mass protests, but rather waves of indignation,” she tells the Financial Times. “This is the erosion of Putin’s power in its purest form.”

Putin’s partial mobilization was the “careful balancing act of a leader under pressure, who is trying to: 1. please hardliners and Russian milbloggers; 2. not…