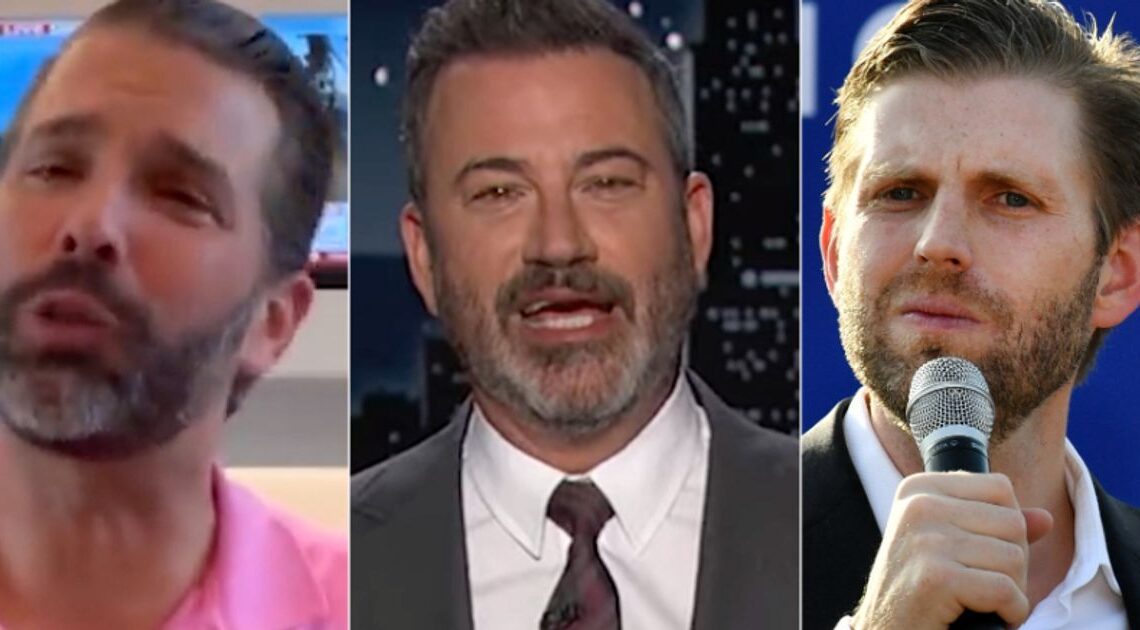 Jimmy Kimmel torched Donald Trump’s two adult sons on Thursday by offering his own interpretation of what the ex-president said in a wild Fox News interview earlier this week.

“You can declassify just by saying, ‘It’s declassified.’ Even by thinking about it,” Trump told Sean Hannity.

Kimmel called him “Harry Hou-dummy” over the claim.

“If Trump actually had the power to change things just by thinking about them, Don Jr. would’ve turned into a Big Mac 30 year ago,” Kimmel cracked.

In the same interview, Trump said the FBI took his will when they executed a search warrant at his home last month.

“That could cause a lot of problems if that gets published from people that won’t be so happy or maybe will be very happy,” Trump said.

“It would cause a lot of problems,” Kimmel conceded. “Because you’d have to explain to Eric why he’s not in it.”