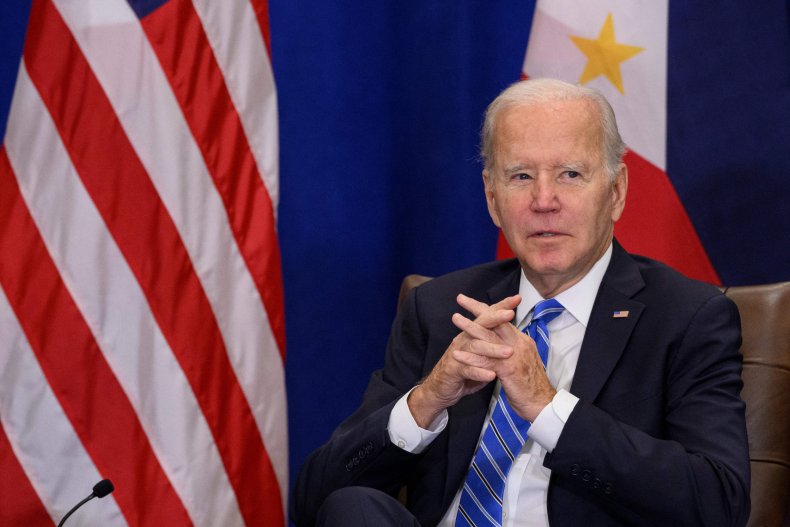 President Joe Biden has a slight lead over Donald Trump in a hypothetical matchup for the 2024 presidential election, according to a new poll, even as both have yet to officially announce if they plan to run.

The poll from Emerson College, which was released Friday, shows that 45 percent of voters would choose Biden, while 44 percent would choose Trump. Another 6 percent that they would vote for someone else and 5 percent were undecided.

Neither Biden, 79, nor Trump, 76, have officially confirmed their plans for 2024, though both have hinted at a potential run. In an interview with 60 Minutes that aired Sunday, Biden said that while his intentions have always been to seek a second presidential term, he has not yet come to a conclusion on the matter.

“Look, my intention as I said to begin with is that I would run again,” Biden said. “But it’s just an intention. But is it a firm decision that I run again? That remains to be seen.”

While speaking on an episode of The Clay Travis & Buck Sexton Show in late July, Trump said that it would be “very hard for me not to run, to be honest.”

Other recent polling has indicated that if Trump does officially decide to run, he would be the most likely pick as the Republican candidate. In August, a survey from Yahoo and YouGov found that Trump had the most support out of a pool of potential candidates for the 2024 Republican primary election. The former president won 49 percent of the vote in the poll, while Republican Florida Governor RonDesantis won 31 percent.

But as the 2024 election is still some time away, it remains unclear if Trump would ultimately be able to succeed against Biden in a hypothetical matchup, and vice versa.

While the current Biden only had a 1 percent lead over Trump in the new Emerson College poll, a survey released earlier this month by The Wall Street Journal showed that Biden had a more sizable advantage. Biden led Trump by six points in the poll, with 50 percent of support among registered voters compared to Trump’s 44 percent.

Additionally, after facing lagging approval ratings in recent months as the U.S. contended with issues like soaring inflation and gas prices, support for Biden…