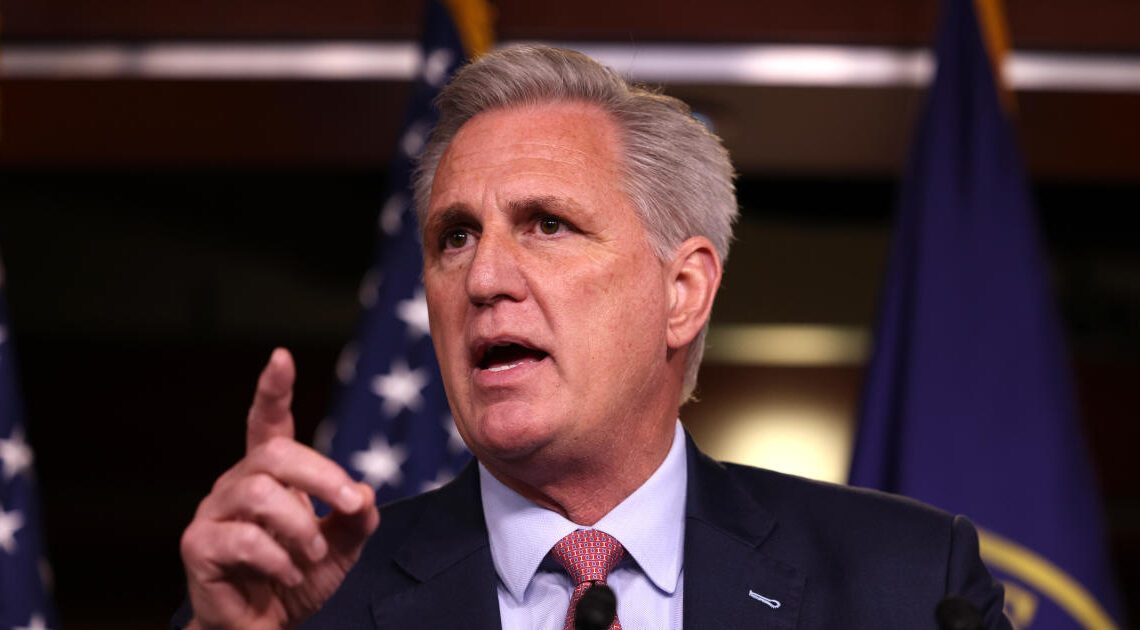 McCarthy, who is poised to seize the speaker’s gavel if Republicans win control of the House in the fall, hopes to replicate the strategy former Speaker Newt Gingrich used to spark voter enthusiasm and sweep House control in a 1994 landslide.

“So, if you’re like everybody else we hear, whether you can afford it, whether you feel safe, the challenge of your children getting lost behind, or a government that’s run amuck,” McCarthy told his enthusiastic audience. “Who has a plan to change that course? We do. The Democrats have no plan for the problem they created.”

The House GOP’s “Commitment to America” gives a nod to that earlier era but updates it for Trump, with economic, border security and social policies to rouse the former president’s deep well of supporters in often-forgotten regions like this rusty landscape outside Pittsburgh.

“We want an economy that is strong,” McCarthy said. “That means you can fill up your tank. You can buy the groceries. You have enough money left over to go to Disneyland and save for a future. That the paychecks grow, they no longer shrink. We have a plan for a nation that’s safe. That means your community will be protected. Your law enforcement will be respected. Your criminals will be prosecuted. We believe in a future that’s built on freedom. That your children come first. They’re taught to dream big. And we believe in a check and balance — that government should be accountable.”

On the first day of House GOP control, McCarthy vowed that Republicans would vote to nix 87,000 IRS agents, eliciting applause from the audience. After the passage of the climate, health care and tax law, which provides $80 billion in funding to the IRS to enable the agency to hire thousands of agents and modernize its systems, Republicans warned taxpayers that the IRS wants to hire “87,000 new IRS agents to audit Walmart shoppers.” The Treasury Department says, however, that families with incomes under $400,000 “will likely see the chance of an audit decline.”

The House Republican leader stood alongside other GOP lawmakers to roll out the GOP agenda, offering a portrait of party unity despite the uneasy coalition that makes up the House minority — and the Republican Party itself. Among those seated behind McCarthy Friday…