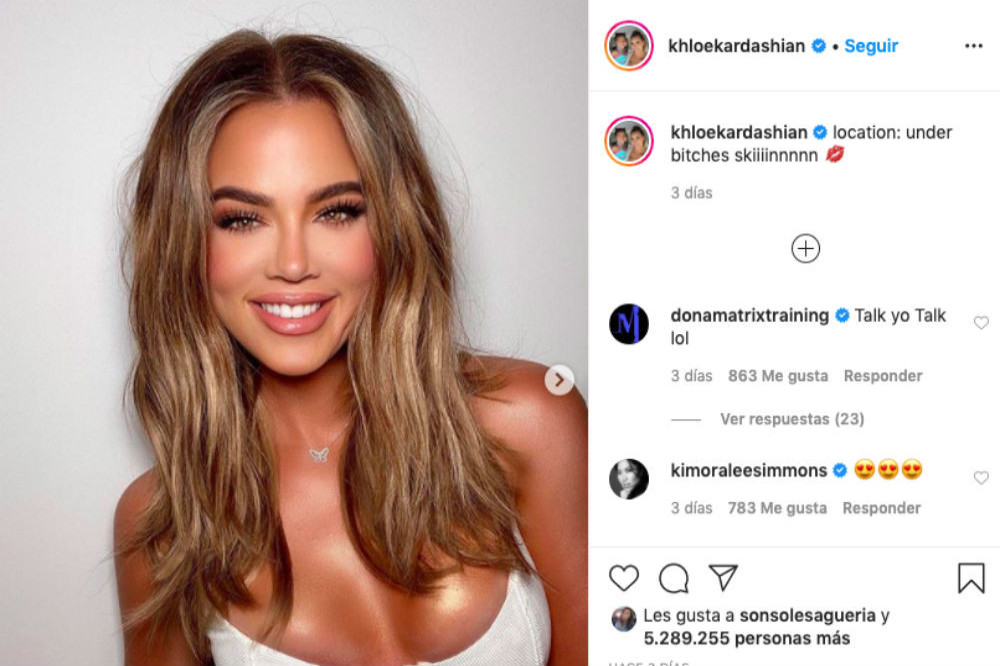 Khloe Kardashian has revealed her baby son’s name starts with the letter T.

Khloe Kardashian has revealed the first letter of her baby son’s name.

The reality TV star and her former partner Tristan Thompson welcomed their second child via surrogate in August – they confirmed the new arrival was a little boy but have yet to share his name, but Khloe has now dropped the biggest hint yet by revealing the first letter.

In the latest episode of the family’s reality show ‘The Kardashians’, Khloe spoke before the birth and revealed she was only looking at names beginning with T, saying: “It is going to start with a T … I mean, that’s really the only names I’ve been looking at.”

However,it’s unlikely he’s going to be called Travis – which is the name of her sister Kourtney’s husband Travis Barker and half-sister Kylie Jenner‘s partner Travis Scott.

In the episode, Khloe’s mother Kris Jenner was seen chiming in with names starting with T before suggesting Travis, telling her daughter: “We can name him Travis and then just have an easy three.”

Khloe and Tristan are also parents to four-year-old daughter True, who was born in 2018.

In the episode of the show which aired on Thursday (22.09.22), Khloe was seen holding her little boy following his delivery via surrogate at a hospital in Los Angeles.

The mother-of-two admitted the arrival of her son closed a painful “chapter” in her life and allowed her to put the “trauma” behind her following the collapse of her relationship with Tristan last year after it was revealed he’d fathered a baby with another woman.

Khloe said in a confessional: “I am so grateful. It’s such a beautiful gift that we’re able to have. “Ever since December, it’s been this dark cloud looming over me. Every single day, I’ve been feeling depressed and sad, and now that my son is here, I get to move on, and I get to enjoy. It’s almost like I get to close that chapter and be done with this trauma and put it behind me.” She went on: “Now I finally get to start the healing process. Now I get to start enjoying my life with two kids in it and figuring this out. “This is gonna be day one, and this is gonna be the start of something positive, and happy and beautiful.”