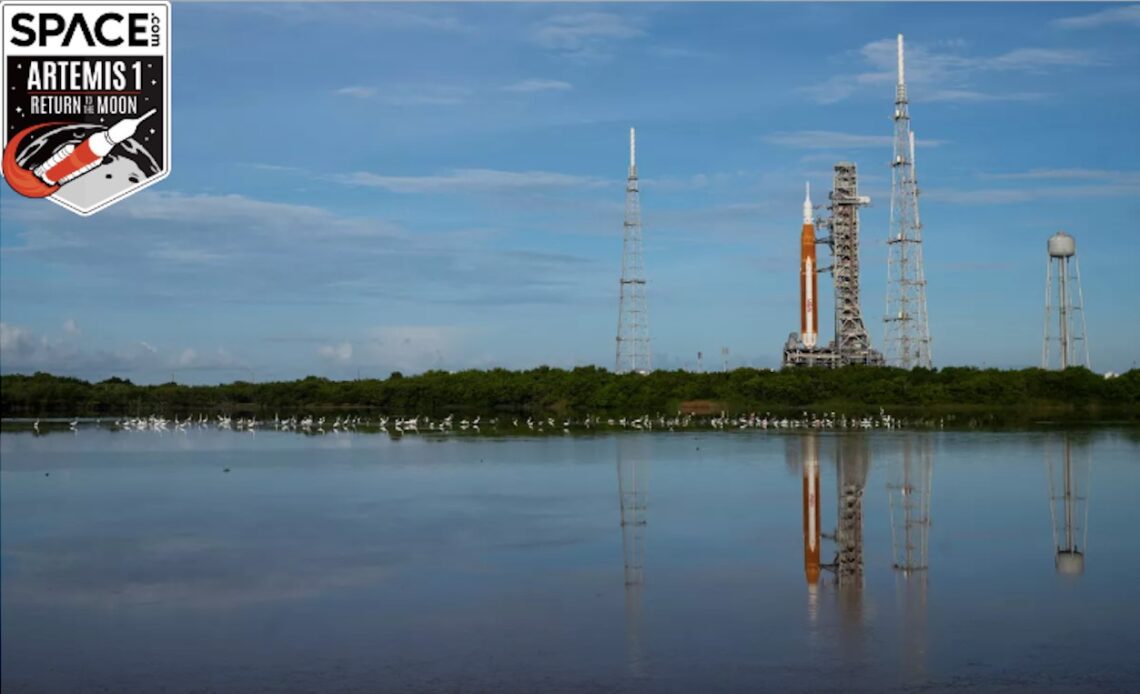 NASA’s Artemis 1 moon rocket is ready for its big moment next week, but Mother Nature may keep it grounded for a while longer yet.

The space agency continues to target Tuesday (Sept. 27) for the launch of Artemis 1 from Kennedy Space Center (KSC) in Florida, even though a big storm is brewing in the Caribbean. That storm could intensify into a hurricane, and it may have the Space Coast in its sights.

Artemis 1, the first flight of NASA’s Artemis program of moon exploration, will use a Space Launch System (SLS) rocket to send an uncrewed Orion capsule on a journey to lunar orbit and back. NASA previously tried to launch the mission on Aug. 29 and Sept. 3 but was stymied both times by technical glitches, the second of which was a leak of liquid hydrogen propellant at an interface between the SLS and its mobile launch tower.

That leak has been fixed, NASA officials said, citing a successful fuel-loading test the mission team performed with the Artemis 1 stack on Wednesday (Sept. 21).

“All in all, it was a great day,” Brad McCain, vice president and general manager at the Jacobs Space Operations Group, the prime contractor for NASA’s Exploration Ground Systems Program at KSC, said during a call with reporters today (Sept. 23).

“We’re very optimistic about our next launch attempt on Tuesday, and the team’s ready to proceed,” McCain added.

The Artemis 1 team has also secured a required waiver from the U.S. Space Force, which oversees the Eastern Range of rocket launches, to extend the certification period of the mission’s flight termination system (FTS), NASA officials said today.

The FTS is designed to destroy the SLS if it veers off course during launch. The system had been certified for a 25-day stretch, a deadline that expired earlier this month. But the Space Force has now approved the FTS through the Tuesday launch attempt and the backup opportunity of Oct. 2, NASA officials said.

The FTS waiver — the second Artemis 1 has received, after an earlier extension from 20 to 25 days — is a pretty big deal. If the Space Force had declined to issue it, Artemis 1 would have had to roll off Launch Pad 39B back to KSC’s Vehicle Assembly Building (VAB), the only place the FTS can be recertified.

Artemis 1 may still have to roll back to the VAB, however — to take shelter from a coming storm. A maelstrom called Tropical Depression 9 is gathering strength…