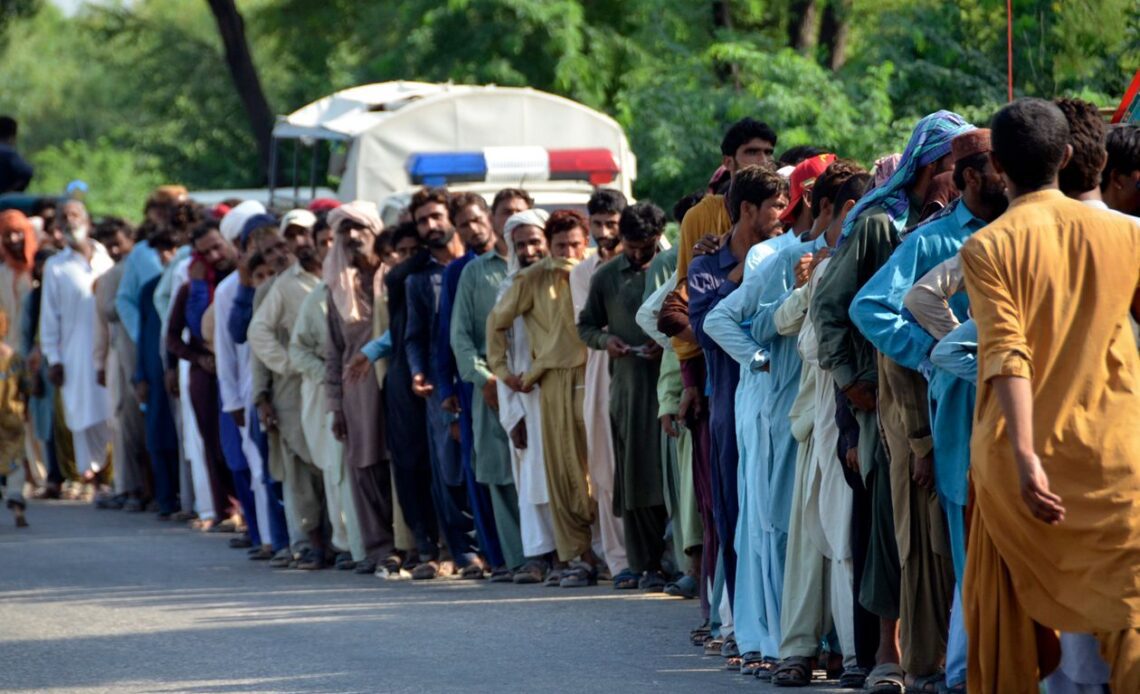 After suffering catastrophic floods, Pakistan is leading a push with other developing nations to establish international funding for natural disasters that they say are caused by climate change, in an effort to spur momentum around the issue ahead of climate negotiations later this year.

in a speech Friday at the United Nations General Assembly, is set to point to record rainfall that has inundated parts of Pakistan in recent weeks to make the case that those countries who have contributed least to causing global warming are suffering the most from the impacts of climate change, aides say. Pakistan produces around 1% of global greenhouse-gas emissions but estimates that the floods will cost it more than $30 billion in lost economic growth and rebuilding costs.

“We have become the postcard from the edge of the climate precipice,” said

Pakistan’s climate minister, adding that the floods have set the country’s development back by a decade. “The bargain between the global South and the North is broken.”

There will likely be a clash over the issue at the next climate summit, COP27, to be held in Egypt in November, where officials from developing nations say they will seek again to get a general agreement on setting up a fund for “loss and damage” from wealthier nations.

At the last climate summit, in Glasgow, a proposal from developing countries for a dedicated funding facility under that umbrella went nowhere. European Commission Executive Vice President

said it wasn’t possible to agree to a new fund without first working out what it would do and who would fund it.

“Rather than accepting what could have been an empty symbolic gesture, the EU considers that it may better help affected communities by scaling up the work of institutions that they already turn to when facing impacts in the real world,” Mr. Timmermans said in a statement earlier this year.