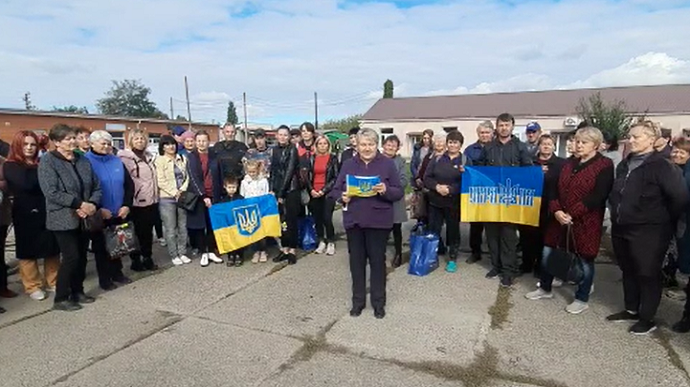 Residents of the occupied town of Snihurivka in Mykolaiv Oblast have held a protest against a sham referendum on the region joining the Russian Federation which is being organised by Kremlin puppets.

Quote: “We, the residents of Snihurivka, have gathered today to protest against an unlawful referendum being held in the town of Snihurivka and neighbouring villages. The region of Snihurivka has always been Ukrainian – it was and will be Ukraine. We have never wanted to join the Russian Federation and we never will want to. We are calling on residents of Snihurivka and neighbouring villages, meaning those in Snihurivka hromada [an administrative unit designating a town, village or several villages and their adjacent territories – ed.], not to attend the “referendum” and not to take part in the unlawful running of this referendum. Glory to Ukraine!”

Previously, Russian propagandist media reported that the occupation “authorities” were planning to join the occupied areas of Mykolaiv Oblast to occupied Kherson Oblast.