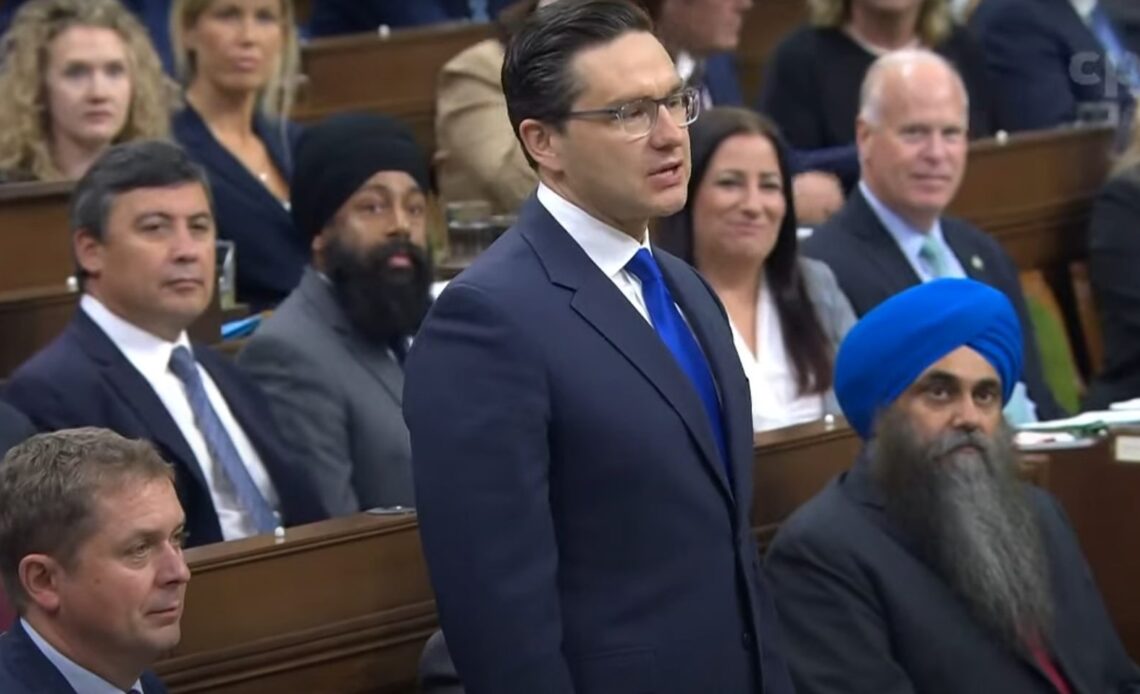 Let’s face it: Pierre Poilievre is a dead-ringer for someone you’d meet at a private school debating tournament.

I mean no disrespect — either to the new Conservative leader, or to private school debating tournaments (which I confess to attending in my youth). I just mean that all the media hype about him as a fiery populist is just talkity-talk. In truth, Poilievre is more debating nerd than populist — by a country mile.

Indeed, the notion that he’s a populist — someone who backs working people over elites — isn’t just wrong, it’s downright silly. He’s actually the anti-populist: instead of championing the interests of working people, he routinely crushes those interests.

Sure, he’s quick to bad-mouth the “elite” — you know, people like teachers, public health officials, journalists or anyone who supports vaccine mandates or thinks it’s bad to honk horns all night while people try to sleep.

Strangely missing from his elite are CEOs, billionaires, hedge fund managers and other corporate bigwigs who actually make the decisions that shape our economy and impact the pocketbooks of ordinary Canadians.

This desire to make more money — clearly a “pocketbook issue” — typically requires workers to act collectively. On their own, they have little power; but together, they have a lot of clout in taking on corporate owners — as workers have recently rediscovered.

So where does Poilievre, the fiery populist, come down in this classic struggle? Well, he’s solidly on the side of the corporate owners who want to make it hard for workers to flex their muscles through unions. He has a long history of pushing anti-union legislation and denouncing “union bosses.”

In 2020, he proclaimed himself dedicated to bringing “right-to-work” laws to Canada. These notorious U.S. laws, with roots in the Jim Crow era, are aimed at undermining unions. Barack Obama said they’re about “the right to work for less money.”

Poilievre has enthusiastically served wealthy interests most of his life. As a teenager, he was already focused on helping the rich, arguing in an essay competition that, if he were prime minister, he’d abolish the capital gains tax — an odd policy choice for a 19-year-old supposedly grappling with how to make the world a better place. Poilievre didn’t win the contest, but he landed a job…