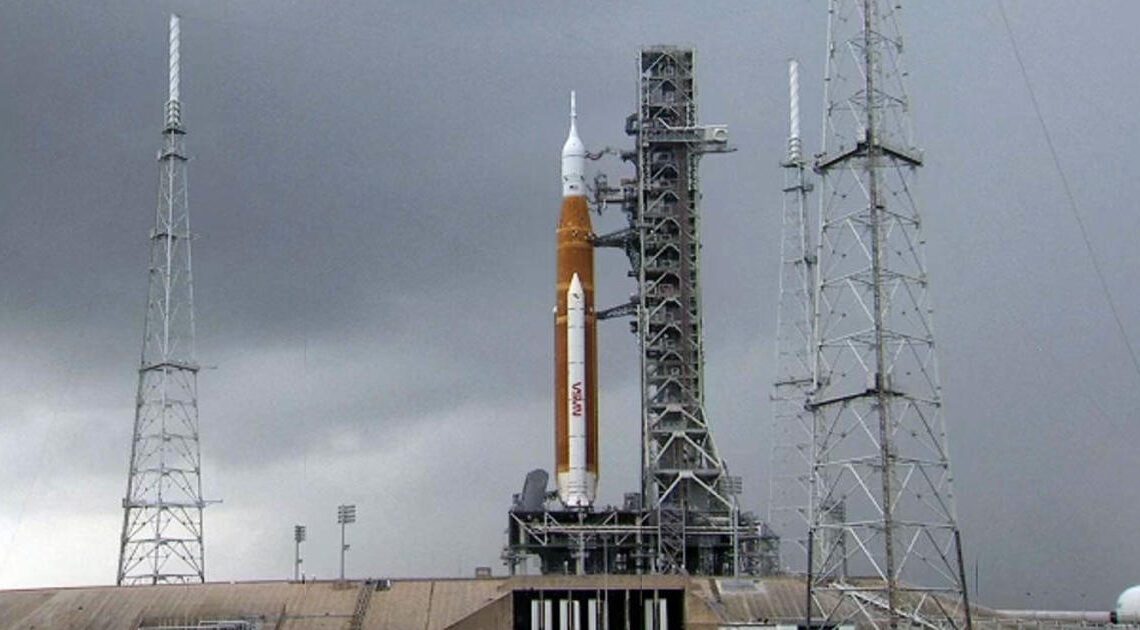 NASA is pressing ahead toward another attempt to launch the Artemis 1 moon rocket on its leak-delayed maiden flight Tuesday while closely monitoring the track of an expected hurricane that threatens to bring high winds and heavy rain to the Florida Space Coast, officials said Friday.

In the meantime, the Space Force Eastern Range, which oversees all military and civilian launches from Florida, granted a request from NASA to waive a time-consuming inspection of the rocket’s self-destruct batteries that would have required a roll back to the agency’s Vehicle Assembly Building.

With the waiver in hand, and with engineers saying a fueling test Wednesday showed leaks in the rocket’s hydrogen feedline system are manageable, weather is the major constraint to getting the long-delayed Artemis 1 mission off the ground.

The goal of the test flight is to send an unpiloted Orion crew capsule on a long flight around the moon to help pave the way for the first piloted launch in 2024 and a moon-landing mission in the 2025-26 timeframe.

But the Space Launch System rocket’s road to launch has been rocky, and now the weather threatens additional delay.

The National Hurricane Center predicts a storm, known as tropical depression No. 9, will strengthen into a major hurricane — Ian is the next available name — in the next few days, crossing western Cuba and then hitting the southwest coast of Florida just south of Tampa.

The predicted track shows the storm moving to the northeast across the Florida peninsula, possibly bringing tropical storm force winds or higher to the Kennedy Space Center, where the SLS rocket sits exposed atop pad 39B.

While the $4.1 billion moon rocket will not be launched in high winds, Chief Engineer John Blevins said it can safely endure gusts as high as 74 knots at the pad….