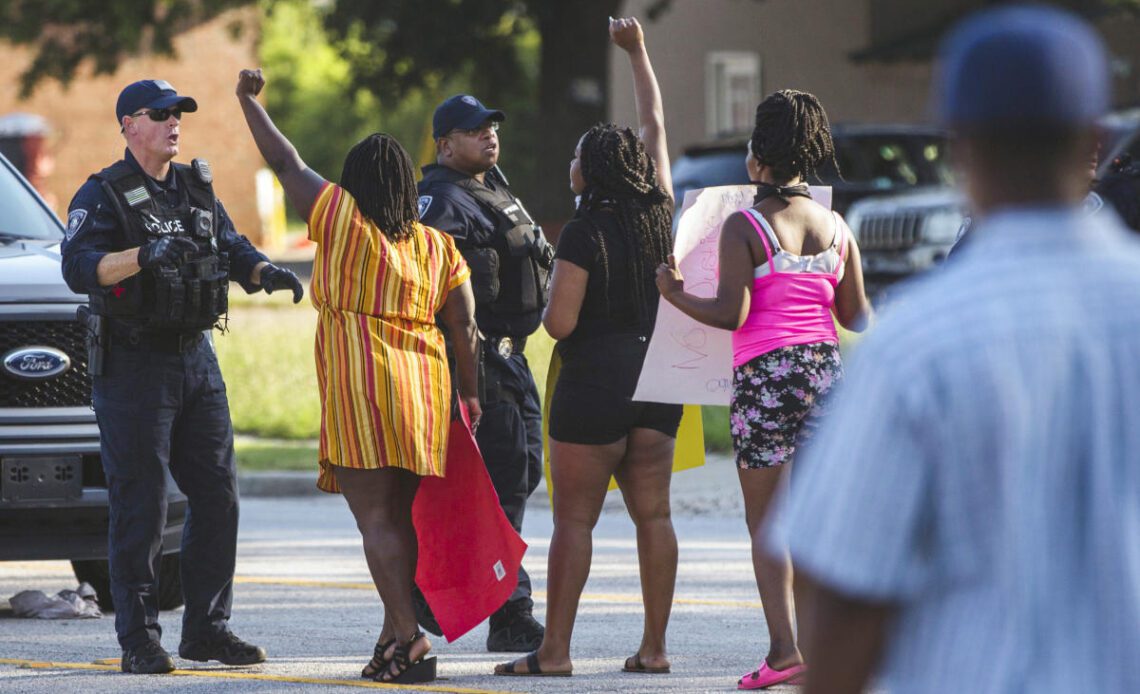 A pregnant Black activist who is serving a four-year prison sentence for comments she made to police during a racial justice protest said she is ill and fears she is at risk of giving birth prematurely because of the ongoing stress of being behind bars.

Brittany Martin, 34, was convicted in May of breaching the peace in a high and aggravated manner at a 2020 protest over the death of George Floyd. Martin, who is seven-and-a-half months pregnant, said she’s experiencing back, hip and joint pain, along with premature contractions, which are becoming more painful as she nears her November due date. She was sent to the hospital Wednesday for painful contractions and was told by medical professionals that she was dehydrated and beginning to dilate, according to Martin’s sister, Whitney, who said she was on the phone with her as she was being escorted by an officer.

“I’m praying that I at least hold her until my 38th week. I just want her to be fully developed,” Martin told NBC News in a phone call from Camille Graham Correctional Center in Columbia, South Carolina.

Martin, who has already lost two children – one at 4 months from SIDS (Sudden Infant Death Syndrome) in 2008 and an 18-year-old this year to gun violence – said a premature birth would be especially devastating. The mother of four surviving children said her family seems to be in a constant state of mourning.

“I’m not trying to go through another loss,” she said. “I would love to come home to my children. I just lost my baby. I just lost my oldest child this year. I haven’t had any peace.”

Martin said her stay in prison and the death of her son have been extremely difficult also for her partner of eight years, Eric Kennedy, who is also the father of her unborn child.

“Since we have lost our oldest child this year he has lost his mind,” said Martin, who was set to marry Kennedy this year. “He has lost himself. He has lost the kids. He has lost me. He’s just not the man I’ve known him to be.”

“Death does a lot to different families, and it’s been a year of tragedy for my family,” she said, adding that she just wants her family back together.

Martin said the stress of being pregnant in prison without adequate prenatal care is taking a toll on her mental and physical health. According to inmate records, she has been sent to a medical facility 11 times since she was admitted to prison in May, with her most recent visit being on Wednesday.