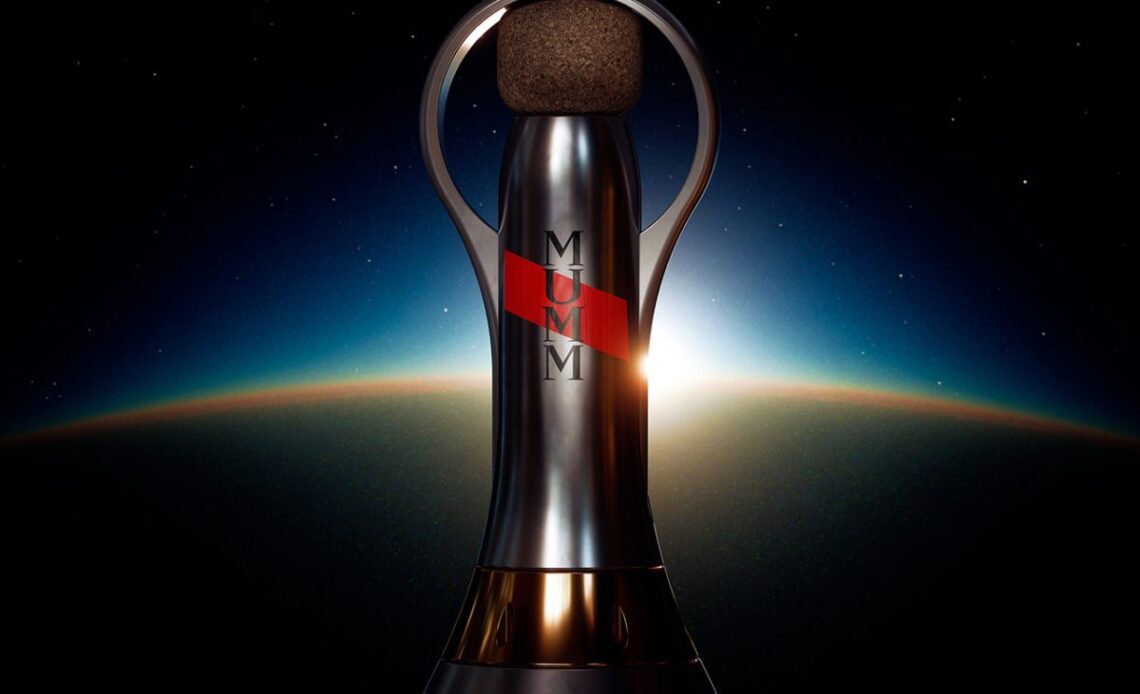 A champagne specifically developed for the microgravity environment of outer space has found its ride into Earth orbit.

Maison Mumm, one of the world’s largest champagne producers, has partnered with the human spaceflight company Axiom Space to launch Mumm Cordon Rouge Stellar, the “first champagne bottle and tasting experience designed for space travel.” The bubbly will fly on Axiom crewed missions (opens in new tab) beginning in 2023 and ultimately will be available on the company’s future commercial space station.

“Axiom’s collaboration with Mumm and the Mumm Cordon Rouge Stellar recognizes that, to bring humanity to space we can’t just bring humans, we need to bring human traditions,” said Michael Suffredini, president and CEO of Axiom Space, in a statement (opens in new tab). “This philosophy of celebrating humankind empowers our goal for Axiom Station, a next generation destination that will serve as a thriving home in space to enable a diverse economy, further exploration and enable more of humanity to access space.”

In development since 2017 and first announced a year later, Mumm Cordon Rouge Stellar (opens in new tab) is now in full compliance with the requirements for spaceflight as certified by the French space agency CNES (Centre National d’Études Spatiales, or National Center for Space Studies) and also respects AOC Champagne regulations, certifying the integrity of the wine.

“Innovation has been part of Maison Mumm’s identity since 1827, and Mumm Cordon Rouge Stellar is a perfect illustration of this,” said César Giron, president of Maison Mumm. “This project brings together the French savoir-faire of excellence for the benefit of conviviality that is so dear to us here on Earth.”

“As early as 1904, Mumm was present on board with commander Jean-Baptiste Charcot to celebrate the first successful French expedition to Antarctica. Tomorrow, it will accompany the life of the pioneers of the 21st century in the same way in this new territory that is space,” said Giron.

Ensuring that it is both safe to fly and that its contents are preserved, Mumm Cordon Rouge Stellar comes in a half glass bottle that is held in a shell made of aeronautical-grade aluminum and is secured by a stainless steel opening and closing device. The upper…