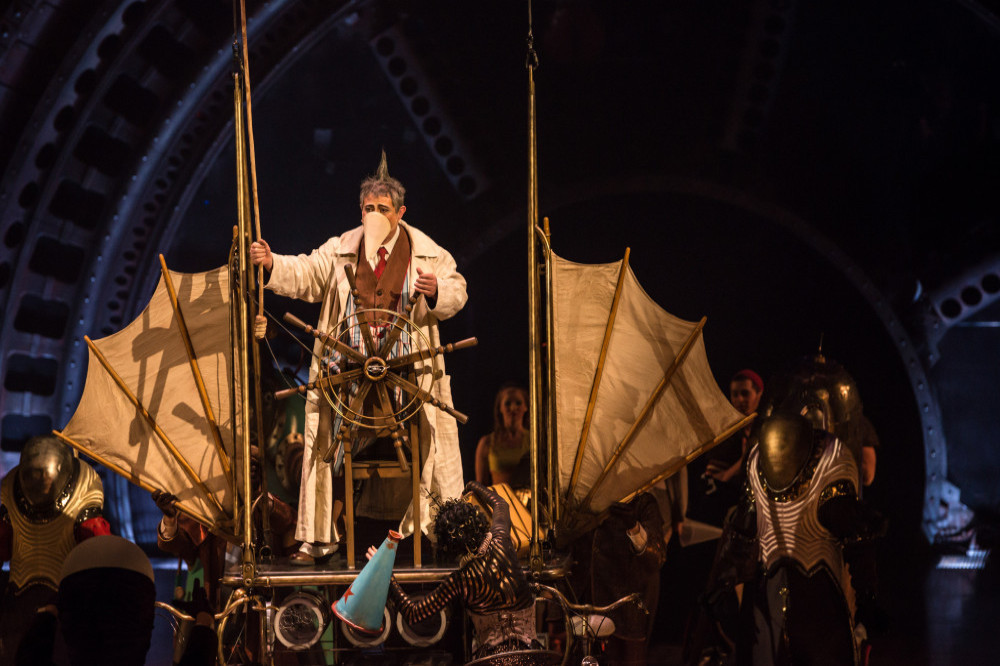 The Royal Albert Hall has had additional steelwork fitted beneath the stalls to strengthen the venue for future ‘Cirque du Soleil’ performances.

The legendary London concert hall – which is celebrating its 150th anniversary – has become the only venue in the world to have technology permanently installed in order to meet the demands of the elaborate stage design of the ‘KURIOS’ production, which comes to RAH on 13 January, 2023.

Back “bigger and better” than ever before, “audiences are invited to escape reality and step into a world of extraordinary imagination.”

Michel Laprise, Writer and Director of ‘KURIOS’, said: “KURIOS was an absolute joy to create. Inspired by one of the most creative and forward-thinking periods in time, the second half of the 19th Century, we created it with inventiveness in mind as a way to celebrate life and bring people together more, with the intention that the audience would reconnect with the optimism and the feeling that everything IS possible. During the creation period, we were already dreaming of the day when KURIOS would arrive in the iconic setting of the Royal Albert Hall as they are meant for each other. We’re so excited to perform the show’s European Premiere in London! The Royal Albert Hall has always been an incredibly special home for Cirque du Soleil in the UK and we’re proud to be celebrating its 150th anniversary with KURIOS, our Cabinet of Curiosities!”

Craig Hassall, CEO Royal Albert Hall, added: “We are delighted to be welcoming Cirque du Soleil back to its London home, the Royal Albert Hall. This long-running partnership has consistently captivated audiences over the last 26 years and we cannot wait to see the steam-punk themed production they have in store for us with KURIOS. Cirque du Soleil are renowned for creating immersive experiences with their performances, and it is an honour to have them here, marking their European debut of KURIOS in this historic venue.”

Pre-sale tickets are available via Cirque Club now, with tickets going on sale to the general public on Monday 26th September September via www.cirquedusoleil.com/KURIOS.