Russians are retreating, Armed Forces of Ukraine are destroying their equipment and weapons 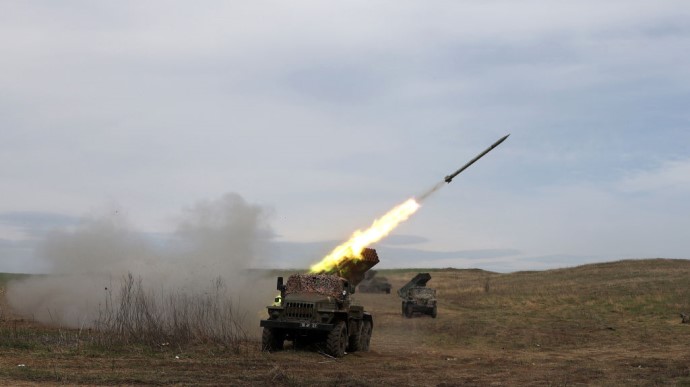 Russian occupiers are gradually retreating in the South of Ukraine. Ukraine’s Armed Forces managed to destroy the areas where their equipment and weapons are concentrated.

Quote from Humeniuk: “The fighting is fierce, it is quite hot here in the south, despite the fact that the weather has become a little cooler. The fire is coming from one side and from the other. But the enemy is still giving way; we are securing territories, little by little. And this stresses the Russian forces out, so the shelling becomes more or less intense, depending on the amount of [Russian] ammunition we hit during the night…

We landed quite significant hits over the past day; these [targets] are control points, command posts, and areas of concentration of equipment and weapons, as well as people, but we do not see the results yet, because they are still being investigated. It is clear that it is more difficult to estimate such results in the occupied territory. But we are very grateful to the local population, [and] very grateful to the resistance movement; they help us in this, and we are sure that by the evening the report [on Russia’s losses] will be quite powerful.”

Details: Humeniuk says that illegal “referendums” organised by the occupiers that aim to legitimise merging of Ukraine’s southern oblasts with the Russian Federation, as well as the announcement of the mobilisation of Russian citizens, are an imitation of real activity by the Russian leadership.

Quote from Humeniuk: “They [occupiers – ed.] need mobilisation in order to demonstrate at least some activity, in particular, to the military and political leadership of the aggressor country, because they do not see anyone caring about them; they lack logistic support; they have no feeling they are necessary there (I’m talking about the [hostile] units that are currently deployed on the front lines in the south)… Mobilisation and the referendum are just another [ways of] manipulation, which they resort to so as to simulate their activities, nothing more.”

Humeniuk recently said that Russian units in southern Ukraine are trapped between the Ukrainian army and the right bank of the Dnipro River. Some of the…