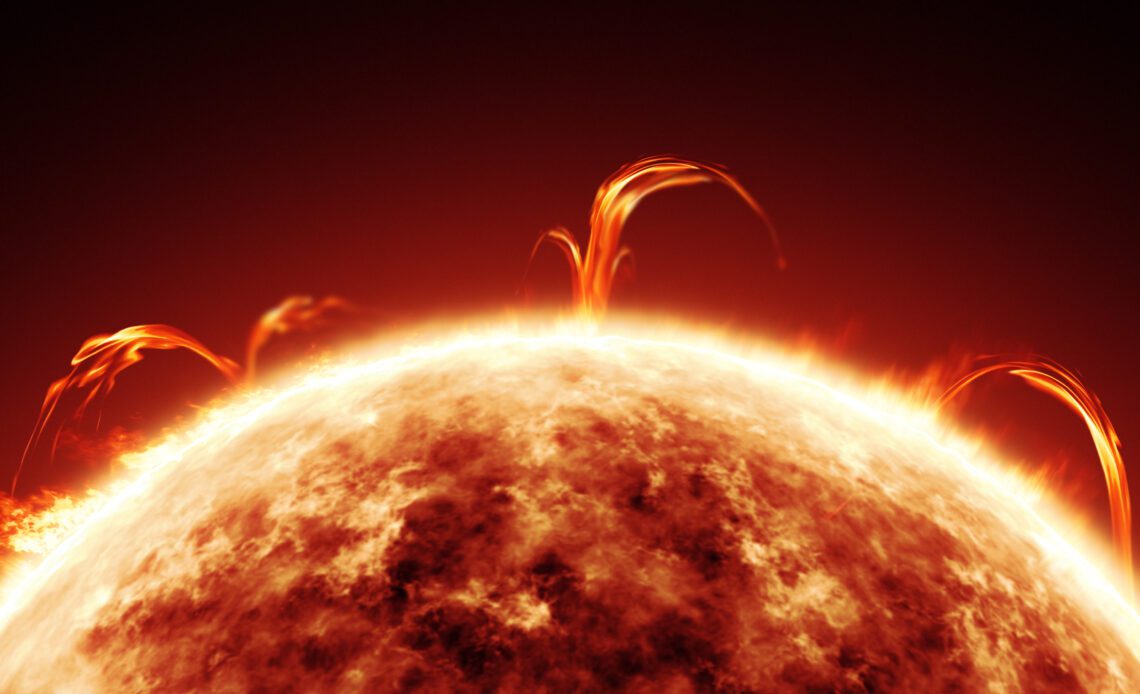 Scientists may have discovered when and how high-energy particles that bombard Earth and other objects emerge from violent environments such as the sun’s atmosphere.

These high-energy particles pose a risk to delicate satellite technology and to astronauts, and can even affect aircraft flying over the North Pole. Although researchers have been studying these particles for decades, it’s been difficult to spot a clear pattern of when flare-ups can emerge and thus to predict when they might occur.

In new research, based on simulations created with supercomputers, scientists identified the plasma in the sun‘s outer atmosphere as the source of these high-energy particles.

“This exciting new research will allow us to better predict the origin of solar energetic particles and improve forecasting models of space weather events, a key goal of NASA and other space agencies and governments around the globe,” Luca Comisso, a researcher at Columbia University and co-author of the study, said in a statement.

Related: The sun let out another flare, and the photos are stunning

The sun’s outer atmosphere, the corona,  is made up of plasma, meaning the violent conditions have stripped atoms of their electrons. Solar scientists believe high-energy particles are generated in this highly turbulent sea of stripped atoms (ions) and electrons.

This has been difficult to study, however, because plasma moves erratically and unpredictably, so it’s been a mystery as to how and when high-energy particles are generated.

Comisso and Lorenzo Sironi, also of Columbia, developed simulations using supercomputers at NASA, Columbia and the National Energy Research Scientific Computing Center that modeled the exact movement of electrons and ions in the solar plasma. This created a good proxy for the corona granting the most exhaustive data yet on when and how high-energy particles form in the region.

The simulations demonstrated that magnetic fields in the corona can accelerate electrons and ions to nearly the speed of light, launching them into space.

The research helps solve a question pondered by scientists since 1949, when Enrico Fermi first began to investigate magnetic fields in space as the source of high-energy particles observed bombarding Earth’s atmosphere. Fermi’s work led physicists to suggest that the sun’s plasma could be behind many of these particles, with others pelted at Earth from deep space. But proving this hypothesis has been challenging.