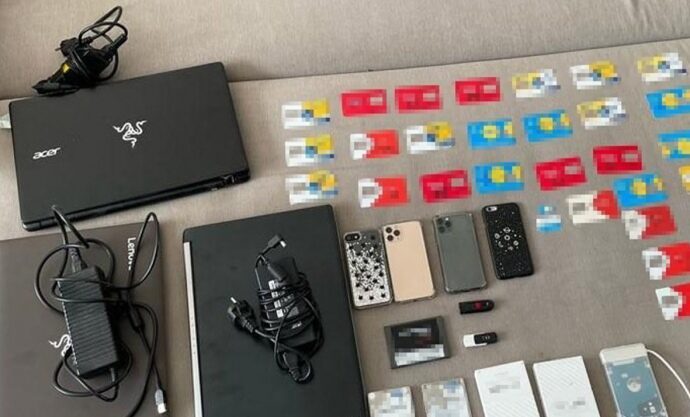 The Security Service of Ukraine has neutralised a hacker group in Lviv that hacked almost 30 million accounts and sold information to Russian propagandists to create “fakes”.

Source: Press office of the Security Service of Ukraine (SSU)

Details: The SSU says that the group consisted of several hackers who operated in Lviv. They gained access to other people’s accounts through malware. Hackers sold confidential information of Ukrainians and residents of EU countries through the Darknet platform and received money through the Yumopeu, Qiwi and WebMoney payment platforms banned in Ukraine.

In particular, their “wholesale clients” were Russian propagandists who used data from Ukrainians and foreigners to spread fake news about events at the fronts, and to create panic to destabilise the situation in other countries. According to preliminary data, approximately 30 million accounts were sold this way, so the hackers received a “profit” of almost UAH 14 million [equivalent to US$378,000].

The organiser of this group was notified of being under suspicion under Part 1 of Article 361-2 (unauthorised sale of information with restricted access) of the Criminal Code of Ukraine. Other participants are to be brought to justice, too.