Senior LA prosecutors say they were demoted by DA Gascón after publicly criticizing him: ‘Instilling fear’ 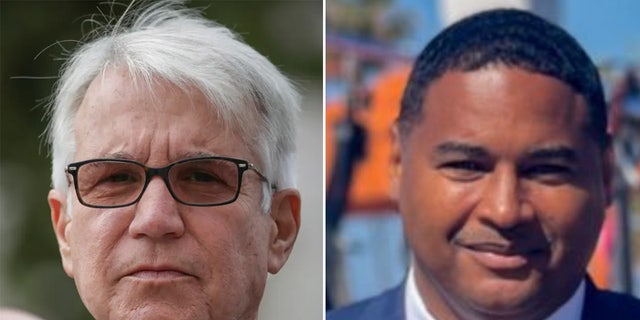 McKinney and John Lewin, both deputy district attorneys in the Major Crimes Division, and Jason Lustig, assistant head deputy attorney overseeing the Long Beach courthouse, learned Thursday that they would be shunted to low-level positions in two weeks; however, their salaries will not change.

McKinney announced in July that if Gascón was recalled, he would run as a candidate to replace him, and supported the removal effort, which failed to obtain enough signatures.

“The DA is reassigning me to retaliate against me for calling attention to the fact that he’s incompetent and not following the law in the state of California,” McKinney said.

“I am only a month and half away from having prosecuted one of the highest profile cases in our office in recent memory, and I’m being reassigned to a job of literally no consequence,” he said in reference to the Hussle murder case.

After 24 years in the district attorney’s office, McKinney was told by a supervisor on Thursday that he will be transferred to a small area office overseeing misdemeanor prosecutions.

“Gascón hopes no one will hear from me or see me when he tries to position himself for re-election in 2024,” McKinney said. “He has been playing politics with public safety for two years now. This act of retaliation will not silence me.”

Lewin, who won a conviction last year against late real-estate scion Robert Durst for the murder of Susan Berman, will be transferred to the Inglewood area office, which has a single felony…