The mysterious history of druids, ancient ‘mediators between humans and the gods’ 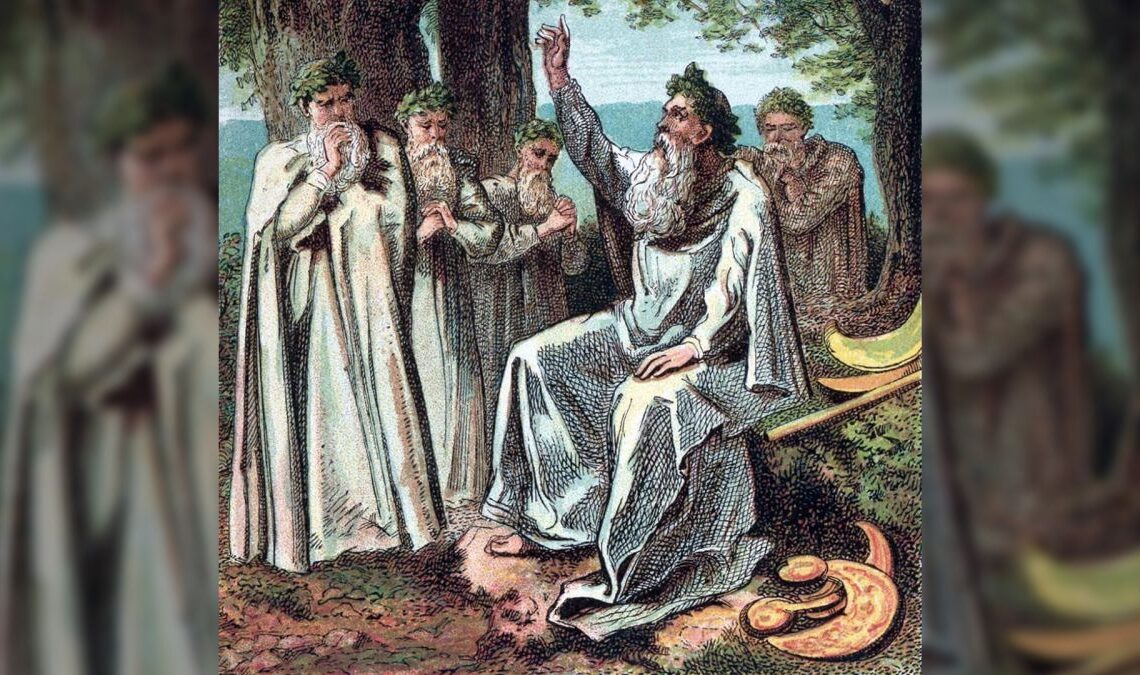 Druids were religious leaders in what is now Britain and France. They were “philosophers, teachers, judges, the repository of communal wisdoms about the natural world and the traditions of the people, and the mediators between humans and the gods,” Barry Cunliffe, an emeritus professor of European archaeology at the University of Oxford, wrote in his book “Druids: A Very Short Introduction (opens in new tab)” (Oxford University Press, 2010).

Almost everything we know about druids is second-hand knowledge; all surviving texts that mention druids were written by non-druids, often Romans. That poses a problem for modern-day historians who are trying to understand who the druids were and how their role changed over time.

Historians aren’t quite sure when druidism began. Cunliffe noted that the earliest written reference to the druids dates back about 2,400 years, though druidism likely goes back earlier than that.

Julius Caesar’s descriptions of the druids

Julius Caesar, who conquered Gaul in 58 B.C. to 50 B.C. and invaded Britain in 55 B.C. and 54 B.C., is among the principal sources of information about druids.

In a series of books collectively known as “The Gallic Wars,” Caesar wrote that the druids “engaged in things sacred, conduct the public and the private sacrifices, and interpret all matters of religion.” (Translation by W. A. McDevitte and W. S. Bohn.) In addition to performing religious duties, the druids were often asked to settle disputes.

“If any crime has been perpetrated, if murder has been committed, if there be any dispute about an inheritance, if any about boundaries, [the druids] decide” how to settle it,” Caesar wrote. “They decree rewards and punishments.”

Groups of druids each had a leader, Caesar noted, and disputes would arise about who should become the leader, which sometimes even led to violence.

Caesar may have actually become friends with a druid. “During his sojourn as military commander in Gaul, he met Diviciacus, ruler of the Aedui — a powerful Burgundian tribe — and he and…