The West freezes up to $500 billion Russian assets 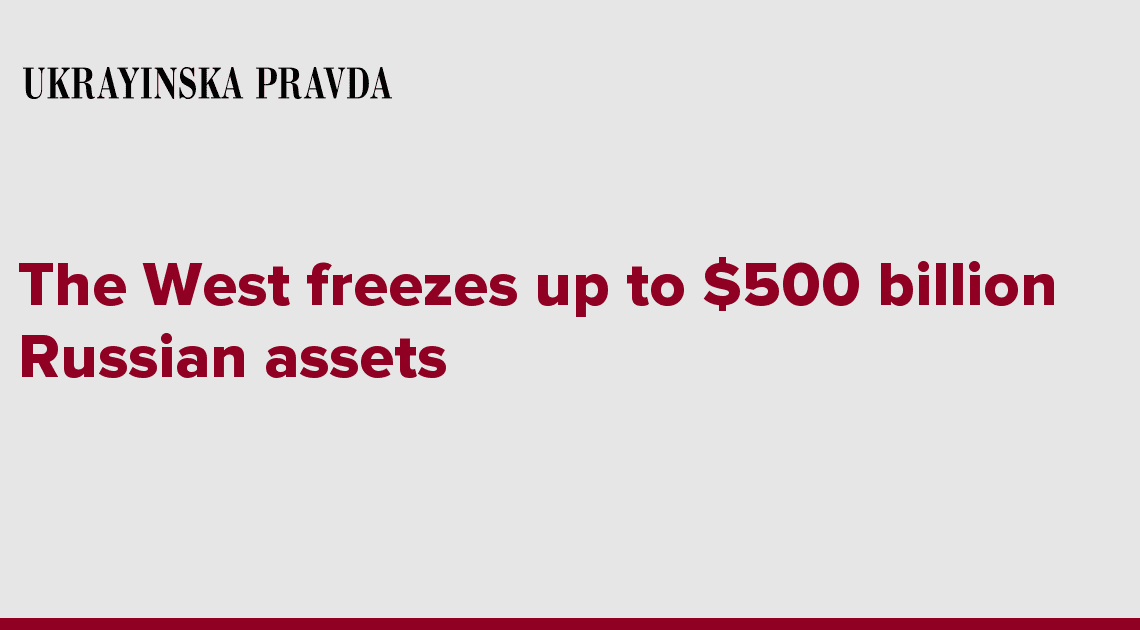 Western countries have frozen Russian assets worth between US$300 billion and US$500 billion.

Details: Shmyhal said that Ukraine is currently lobbying for a new international agreement that would allow for those assets to be confiscated.

“We are also discussing the possibility of changing our partners’ national legislation in order to allow for [Russian] assets to be confiscated in favour of Ukraine. The aggressor [i.e., Russia – ed.] must pay their price and their wealth must become the main source for our extensive rebuilding,” the prime minister explained.

Shmyhal stressed that Ukraine’s long-term restoration and rebuilding will cost hundreds of billions [dollars] and that neither the Ukrainian tax payers nor the tax payers of Ukraine’s partner countries ought to be paying for the country’s reconstruction efforts. Ukraine’s reconstruction must be paid for with Russian money.

Shmyhal also said that he received affirmations of unconditional support for Ukraine during his meetings with leaders of Ukraine’s partner countries at the UN, despite Russia’s latest, provocative, steps.

Background: Ukraine is lobbying the UN general assembly to adopt a resolution that will become the basis for the creation of an international compensation mechanism that could lead to the seizure of as much as US$300 billion of Russian state assets overseas.

In a joint assessment released on 9 September, the government of Ukraine, the European Commission, and the World Bank, in cooperation with partners, estimated that the current cost of reconstruction and recovery in Ukraine amounts to US$349 billion.

Ukraine wants to secure US$300 billion worth of reparation payments from the Russian Federation to compensate for the losses it sustained as a result of Russia’s full-scale invasion.

As of 5 September, the damage to Ukraine’s infrastructure is estimated to have cost the country US$114.5 billion.