These Spiders Use Their Webs Like Huge Silky Ears 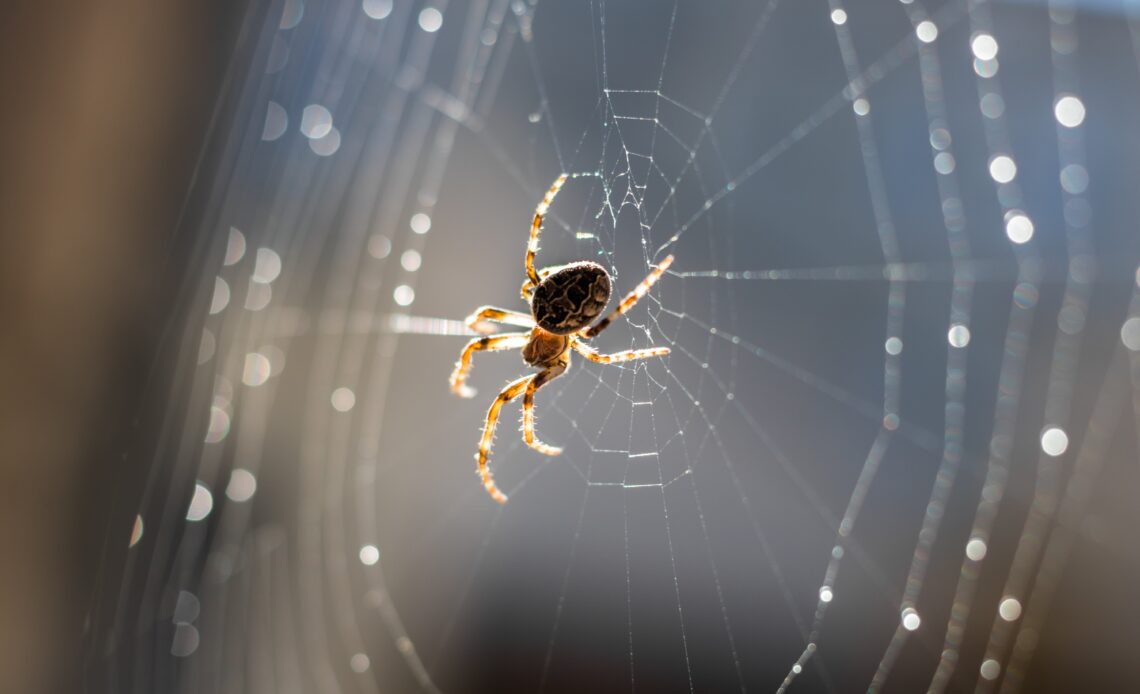 Some things are SO adorable, we say they’re cute as a bug’s ear. Of course, bugs don’t have ears. But a new study shows that orb-weaving spiders can use their webs to detect sounds. The findings are unfurled in the Proceedings of the National Academy of Sciences.

Ron Hoy: Any animal that makes sounds is likely to have an ear.

Ron Miles: It’s also pretty interesting that a great many animals don’t have eardrums. But they still hear.

Hopkin: Ron Miles, who’s been collaborating with Ron Hoy for 30 years, is an engineer at Binghamton University…

Miles: …an hour’s drive away from Cornell.

Miles: If you look at spiders and insects, they’re covered with hairs.

Hopkin: Because these whispy little filaments can float freely in the breeze, they’re great at sensing the air currents that comprise sound waves.

Miles: Since we knew that so many animals like small insects and spiders have hairs that can sense sound, … we were kind of wondering how would you make something that could sense sound the way that some of these small animals do.

Hopkin: A possibility appeared during an afternoon stroll.

Miles: My graduate student, Jian Zhou, was walking in our campus nature preserve one day and he noticed when the wind blew, if you look at a spider web, it moves with the wind. And he thought maybe a fine spider web or spider silk could act as a sound sensor.

Hopkin: To find out, the researchers coaxed a spider into giving them a bit of silk…

Miles: … and we played sound at a little strand of spider silk and found that when the silk is very thin, it moves with the air in a sound field amazingly well… over a wide range of frequencies, from 1 hz to 50 khz. So we knew then that the spider silk was sort of an ideal, perfect sound sensor.

Hopkin: That was eye-opening for the researchers…but is it ear-tickling for the spiders?

Miles: So we set out to try to figure out if the spiders were actually able to hear sound using their web. And this was a hard question to answer.

Hopkin: For one thing, they had to…