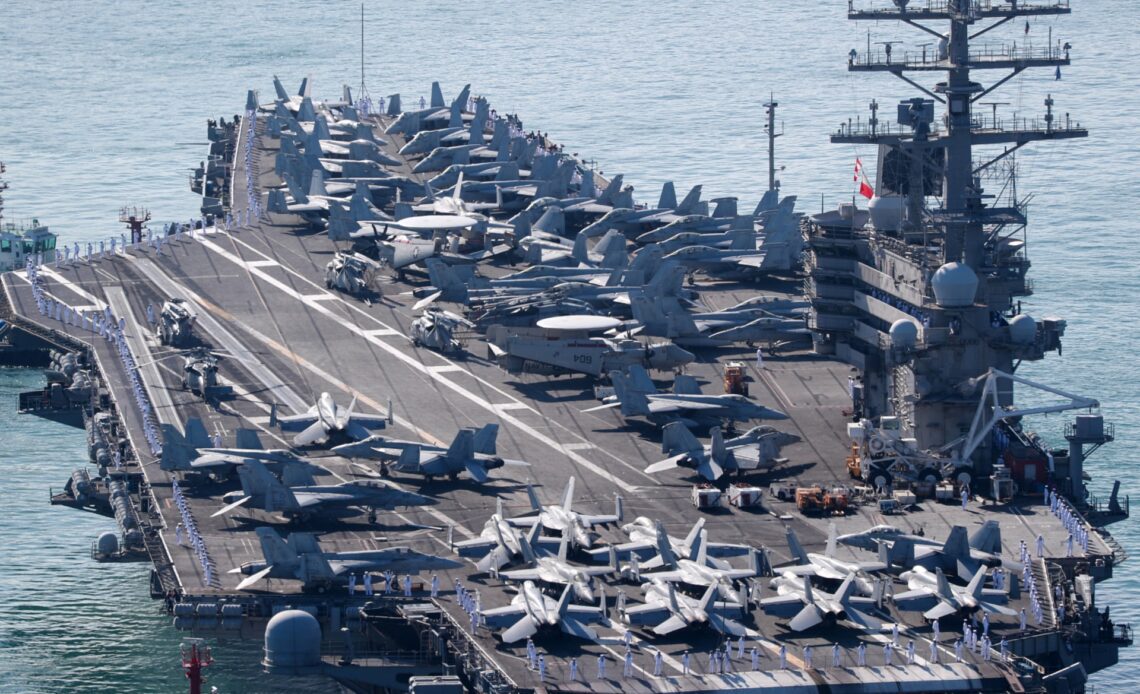 Arrival marks most significant deployment yet amid push for more US nuclear-capable ‘assets’ to deter North Korea.

The nuclear-powered aircraft carrier USS Ronald Reagan has arrived in South Korea ahead of joint military exercises that are seen as a show of strength amid growing North Korean threats.

The Ronald Reagan and ships from its accompanying strike force docked at a naval base in the southern port city of Busan on Friday.

The arrival marks the most significant deployment yet by Washington under a new push to have more US nuclear-capable “strategic assets” operate in the region to deter North Korea.

Joint military drills in the coming days will be the first involving a US aircraft carrier in the region since 2017, when the US sent three aircraft carriers including the Reagan for naval drills with South Korea in response to North Korean nuclear and missile tests at that time.

North Korea denounced previous US military deployments and joint drills as rehearsals for war and proof of hostile policies by Washington and Seoul.

Al Jazeera’s Rob McBride, reporting from the flight deck of the Ronald Reagan, said that the stated mission of the joint drills was to demonstrate “the resolve of these allies in the face of renewed North Korean threats”.

“This is a way of showing the strength of the alliance in the face of what the US and South Korea say are these increased threats from North Korea. From North Korea’s point of view, they are always enraged by these exercises,” McBride said.

Joint military exercises had reduced in recent years to allow “summit diplomacy to take place to try to get the North Koreans to give up their nuclear arms”, he said.

“Clearly, they haven’t done that,” he added.

The North, McBride said, will likely look on the drills as justification for “their position that they need to hold on to their much-treasured nuclear weapons at all costs as a guarantee of their survival in what they see as a hostile world”.

The South Korean navy said on Friday that its combined training with the Reagan battle group is meant to boost the allies’ military readiness and to show “the firm resolve by the Korea-US alliance for the sake of peace and stability on the Korean Peninsula”.

With North Korea’s resumption of major weapons testing, Seoul and Washington have revived their large-scale military exercises that were downsized or…