What time will NASA’s DART spacecraft hit an asteroid on Sept. 26? 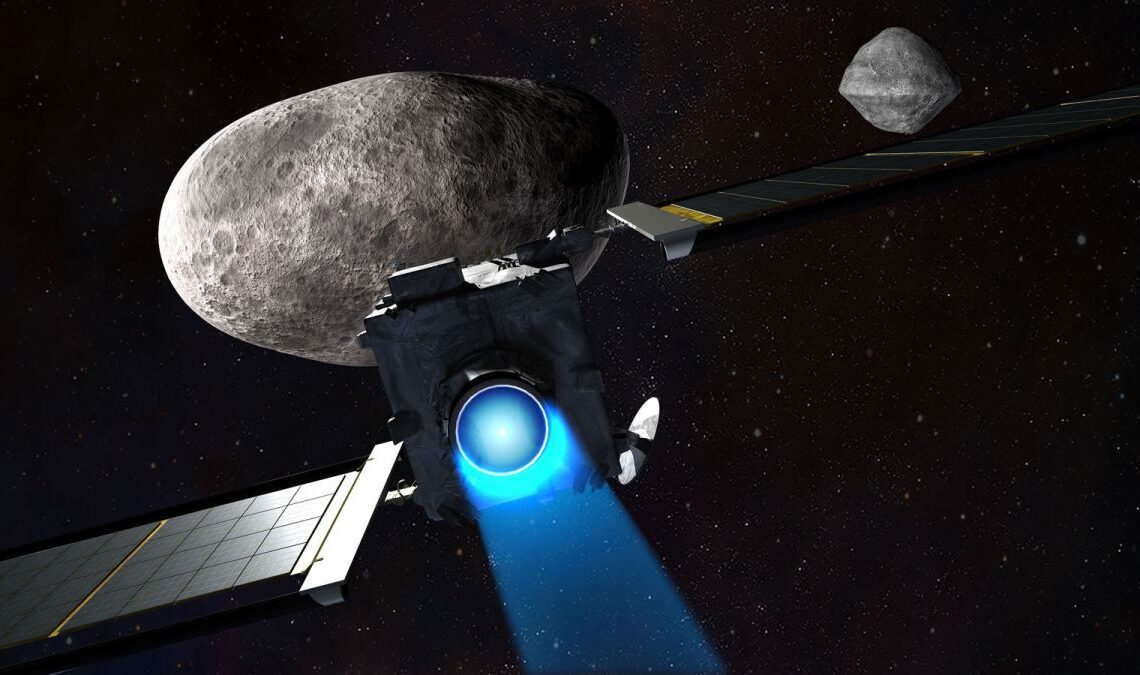 A NASA spacecraft will soon make history when it crashes into an asteroid in the world’s first planetary defense test.

The Double Asteroid Redirection Test, or DART asteroid mission, will slam a spacecraft into the tiny moon of the asteroid Didymos on Monday, Sept. 26, with the impact set at 7:14 p.m. EDT (2314 GMT). If all goes well, the spacecraft will hit the moonlet, called Dimorphos, and snap images until the moment of impact. You’ll be able to see those images live in real time. Read on for a handy guide on when it will all happen.

But first, some science. NASA’s DART mission launched nearly a year ago on Nov. 24, 2021 to test the use of a “kinetic impactor” to change the orbit of an asteroid — the first planetary defense test of its kind.

DART’s target Dimorphos is about 560 feet (170 meters) wide and orbits its larger parent Didymos once every 11 hours and 55 minutes. The asteroids are about 7 million miles (9.6 million kilometers) from Earth and pose no risk of impacting our planet, NASA has said. DART should hit Dimorphos while traveling at about 14,760 mph (23,760 kph). Here’s what DART’s last day will be like.

While the stage was set for NASA’s DART asteroid impact with its launch in 2021, the space rock impact action really starts to heat up in the final 24 hours. That’s when DART will perform its final maneuver to set it on course for a Didymos impact.

“After the final maneuver on Sept. 25, approximately 24 hours before impact, the navigation team will know the position of the target Dimorphos within 2 kilometers [1.2 miles],” NASA officials wrote in a statement (opens in new tab). “From there, DART will be on its own to autonomously guide itself to its collision with the asteroid moonlet.”

Related: Why did NASA pick Didymos for its asteroid-crash mission?

About four hours before impact, the DART spacecraft will enter what mission scientists call its “terminal phase.” The spacecraft’s DRACO camera should be locked on the Didymos asteroid and looking for its moon Dimorphos.

“At that point, at four hours, we are actually targeting Didymos because we can’t see Dimorphos,” said Evan Smith, DART’s deputy mission systems engineer at the Johns Hopkins…