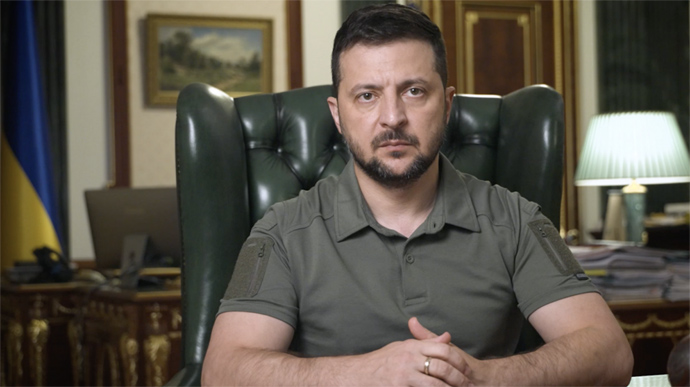 President Volodymyr Zelenskyy announced that since the beginning of the counteroffensive in September, the Armed Forces of Ukraine had already liberated about 400 settlements in the east, and called on the residents of the occupied territories to help the defenders liberate even more Ukrainian towns and villages.

Source: The president during a video address on the evening of 23 September

Quote from Zelenskyy: “Since the beginning of active actions in the east of our country in September, about 9 thousand square kilometres of territory, about 400 settlements have already been liberated. This tangible result was achieved also thanks to the fact that our people in the temporarily occupied territory helped us. Do everything, please, so that such help becomes more.”

Details: The President called on the residents of the temporarily occupied territories to hand over to the Ukrainian special services all the data about the organisers of sham referendums, about Russian mobilisation and, in general, about the Russian army.

Zelenskyy also asked residents to help those in the occupied areas who need it: elderly people, single people, and families with children.

“Ukraine will return to all its land, and we must keep as many of our people there as possible,” the president emphasised.

Zelenskyy also reported that on 23 September, anti-aircraft fighters of the Skhid (East) and Pivden (South) air commands and the air defence of the Naval Forces destroyed 8 Russian drones produced by Iran.

Air Forces of the Centre Command shot down a Russian attack aircraft and a helicopter in the south of Ukraine.

Read also: Rehearsing the apocalypse: Life in Kharkiv after the Ukrainian counteroffensive