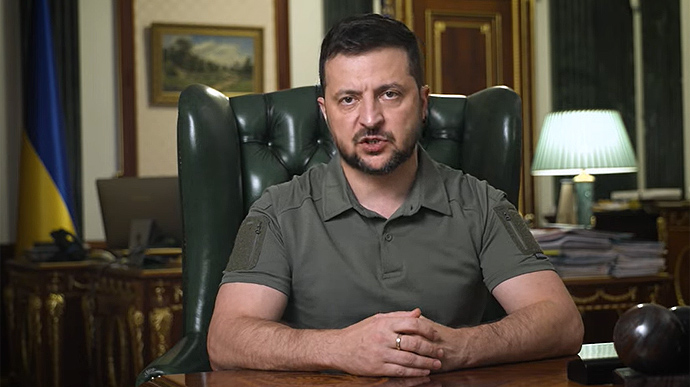 President Volodymyr Zelenskyy of Ukraine has urged the residents of Russian-occupied territories of Ukraine to avoid Russian mobilisation by all means possible.

Quote from Zelenskyy: “I have a simple request to all our people in the temporarily occupied territories. The most important thing for you to do is save your lives and help us weaken and destroy the occupiers. Evade the Russian mobilisation efforts by all means possible. Avoid conscription letters. Try to get to the free [Ukrainian-controlled] territory of Ukraine.”

Details: Zelenskyy advised those who do end up in the Russian army to sabotage all Russian military activities, hinder Russia’s military operations, and provide Ukraine with important information about the bases, headquarters and ammunition storage points of Russian forces.

He also called on the residents of Russian-occupied territories of Ukraine who had been conscripted to the Russian army to switch sides “at the first opportunity”.

“Do everything to save your life and help liberate Ukraine,” Zelenskyy stressed.

The representative of the President of Ukraine in Crimea is urging residents of the Russian-occupied peninsula to evade mobilisation or surrender into captivity, while the Mejlis [representative body] of the Crimean Tatar people is calling for an ongoing protest.