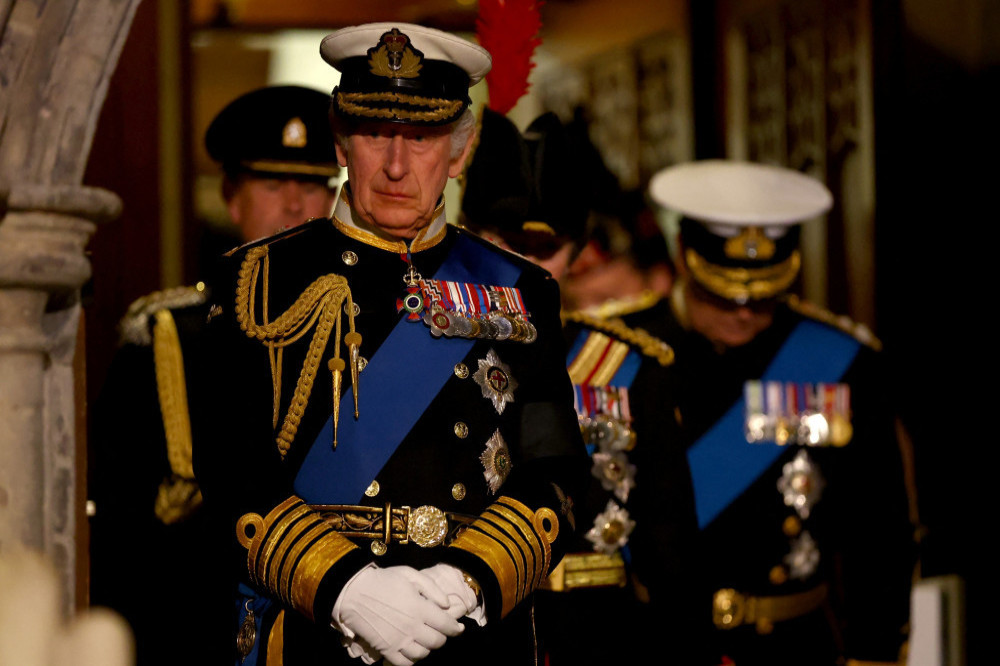 It will adorn buttons, liveries, military uniforms, passports and postboxes in the coming months and years, and is apparently a tribute to the reign of Charles’ grandfather, George VI.

The monogram is made up of the king’s ‘C’ initial intertwined with the letter R – for Rex, Latin for King.

There is also a III within the R denoting Charles III and a crown above the letters.

An image of the cypher was released on Monday night (26.09.22) via the Press Association and was selected by His Majesty, 73, from 10 designs prepared by the College of Arms, which creates and maintaining official registers of coats of arms.

A Scottish version of the cypher features the Scottish Crown and was approved by Lord Lyon King of Arms.

It will be used for the first time on Tuesday (27,09.22), when mail sent from the Royal Household is franked at Buckingham Palace.

The process of adding it to public buildings and landmarks will be gradual, with

a Cabinet Office spokesperson saying about the process of replacing the late Queen’s cypher with Charles’ monogram: “Where changes can be made easily, such as digital branding, they can be made immediately.

“Physical items such as signage or stationery will be replaced gradually over time as the need arises.”

The ‘R’ for Rex, or Regina, was added to a British monarch’s cypher from the reign of Henry VIII, and the design chosen by Charles is highly similar to the one chosen by his grandfather.

Despite the Charles cypher’s spread across the nation being gradual, it is understood the gold coats of State Trumpeters and the front of house curtain at the Royal Opera House will soon be updated with the insignia.

The cypher is perhaps most regularly seen on postboxes across Britain, which can be used to date the time of their creation.

When a UK monarch dies, postboxes are not replaced but any new ones introduced from the point of their death features the cypher of their successor.

In Scotland, postboxes do not feature the late Queen’s cypher of ‘EIIR’ as some in the nation do not accept she was the second monarch of that name.