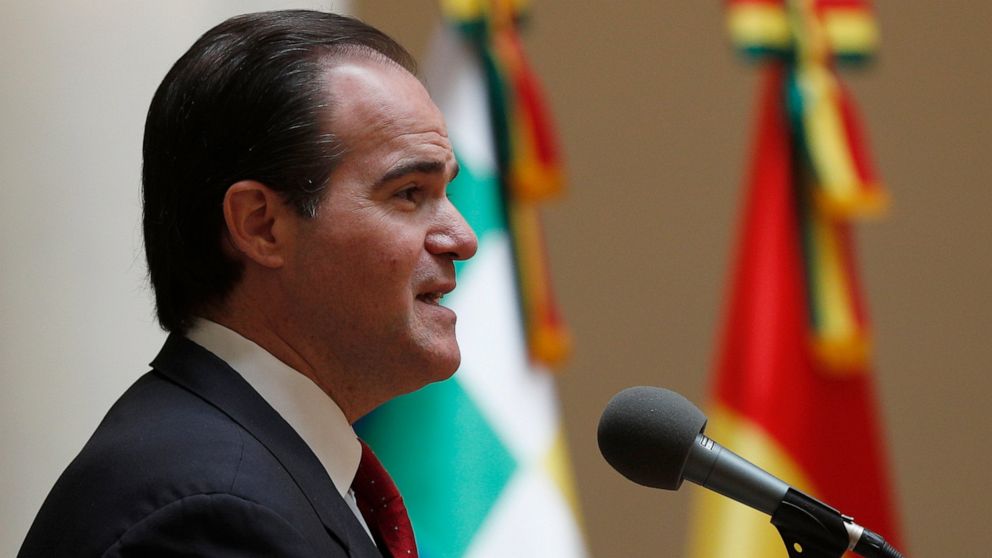 MIAMI — Governors of the Inter-American Development Bank have voted to fire its president, Mauricio Claver-Carone, after an ethics probe found he likely carried on an intimate relationship with a subordinate.

The governors from the IADB’s 48 members had until Tuesday to vote electronically on whether to sack Claver-Carone following a unanimous recommendation last week by the bank’s board to fire of the first American to lead the bank in its 63-year history.

But enough ballots had been cast by Monday afternoon to meet the necessary quorum. The IDB in a statement said that in accordance with the bank’s charter Executive Vice President Reina Mejia would take over as acting president until a new leader is chosen.

An investigation conducted at the board’s request determined that Claver-Carone violated ethics rules by giving a 40% salary increase to his chief of staff, with whom it said he likely had a romantic relationship from at least 2019, when both worked at the White House, according to a copy of the report obtained by the AP.

Claver-Carone has denied ever having a relationship with his top aide and said that the investigation, conducted by New York law firm Davis Polk, was seriously flawed.

In an interview Monday, Claver-Carone said he is considering legal action against the international financial institution for allegedly defaming his good name and violating provisions in his employment contract. He also lashed out at the Biden administration for not standing up for the due process rights of one of its citizens.

“The Bank has failed to meet the mark as a rules-based institution,” he wrote in a parting letter to the governors, complaining that he was never formally notified of the anonymous complaint that triggered the probe or allowed to correct inaccuracies in the investigators’ confidential report. “The future of the Bank is at stake. Moving forward it will be essential to ensure that the ad hoc and arbitrary disregard for rules and procedures are never repeated.”

The bank’s executive board lost confidence in Claver-Carone’s leadership as a result of evidence including a “contract” he and his aide purportedly drew up on the back of a place mat in the summer of 2019 while they dined at a steakhouse in Medellin, Colombia. Both were there attending the annual meeting of the Organization of American States.

In it, they allegedly outline a timeline for divorcing their spouses and getting married. There is also a “breach…