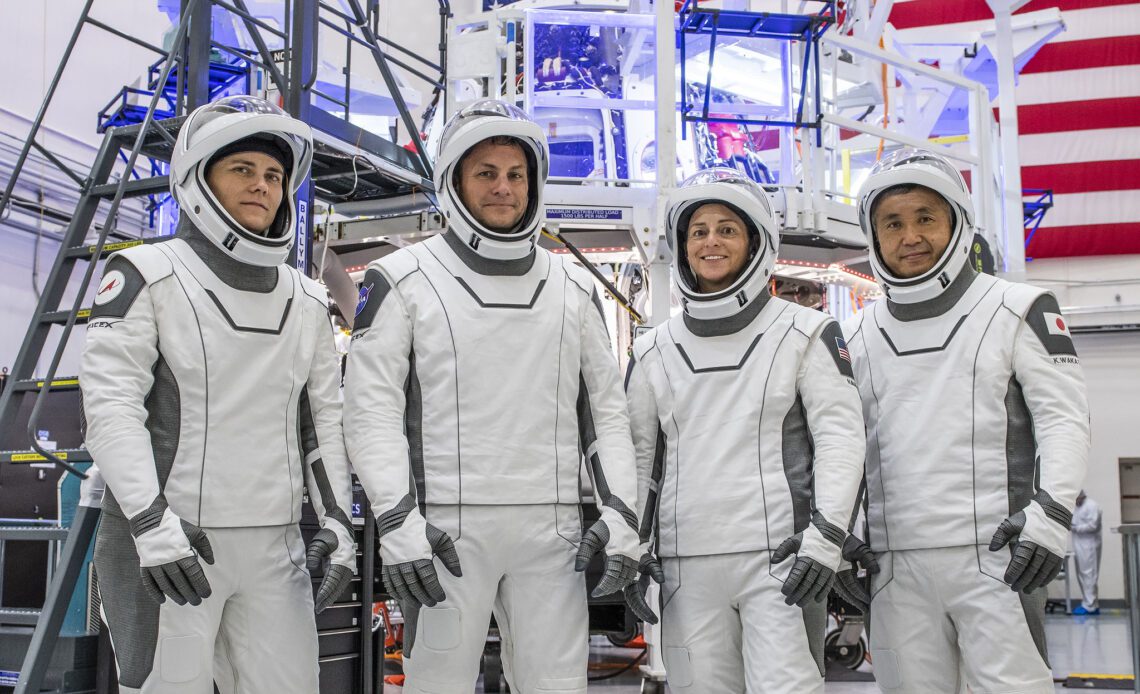 SpaceX and NASA held a flight readiness review (FRR) for Crew-5 today (Sept. 26) that lasted more than nine hours. No major technical issues were identified during the FRR, so the Crew-5 teams continue to work toward a launch from Pad 39A at NASA’s Kennedy Space Center (KSC) at 12:46 p.m. EDT (1646 GMT) on Oct. 3.

“I thought it was a very thorough review,” Steve Stich, manager of NASA’s Commercial Crew Program, said in a call with reporters this afternoon. “We’re still on track for the launch on Oct. 3.”

That plan, however, is contingent on Hurricane Ian having but a minor impact on KSC, which is on Florida’s Atlantic coast.

Ian is currently churning its way north through the Caribbean, and its winds have already begun lashing the Florida Keys. Current models predict that the storm will hit Florida’s Gulf Coast particularly hard over the next few days, but KSC could be in the line of fire as well. Indeed, NASA is rolling its huge Artemis 1 moon rocket off KSC’s Pad 39B tonight as a protective measure, to get the valuable hardware safely inside the facility’s Vehicle Assembly Building. (Artemis 1 had been scheduled to launch to the moon on Tuesday; it’s too soon to speculate about its next target liftoff date.)

The SpaceX Falcon 9 rocket and Dragon capsule that will fly the Crew-5 mission to the International Space Station (ISS) are safe; they haven’t yet rolled out to Pad 39A. If the weather cooperates, the Crew-5 stack will likely roll out on Sept. 29, the same day that the mission’s four crewmembers fly in to KSC, Bill Gerstenmaier, vice president of build and flight reliability at SpaceX, said during today’s briefing.

Those four astronauts — NASA’s Nicole Aunapu Mann and Josh Cassada, Japan’s Koichi Wakata and Russian cosmonaut Anna Kikina — were supposed to arrive at KSC today, but the threat of Hurricane Ian is keeping them away for now. (Crew-5 will mark the first time a cosmonaut has flown to the ISS on a private American spacecraft.)

If the storm nixes an attempt on Oct. 3, backup opportunities will be available on Oct. 4 and Oct. 5, as well as Oct. 7 through Oct. 9, Stich said. (Oct. 6 is out of play because of orbital dynamics issues.) The Crew-5 astronauts will spend about five months aboard the orbiting lab before coming back home to Earth.