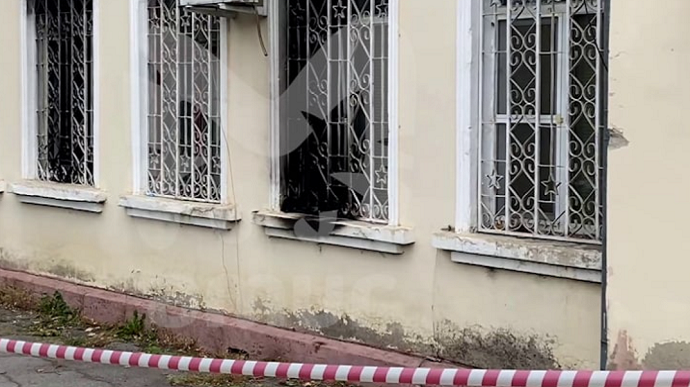 Bottles with flammable substance were thrown through the windows of a military commissariat (a military enlistment office) in Novosibirsk in Russia.

Quote: “An attempt was made to set a military commissariat for the Kirovsk and Leninsky districts in the city of Novosibirsk on fire at 06:25 on 29 September [local time in Novosibirsk, which is in a GMT+7 time zone – ed.].

Bottles containing flammable were thrown through the windows, causing a fire to break out on the outside of the building and spread over 0.5 square metres. It has been quickly extinguished.”

Details: The premises of the military commissariat and property belonging to it have not been damaged. The suspect has been detained; an investigation is underway.

Previously: Since the beginning of partial mobilisation in Russia, at least five military enlistment offices have been set on fire, and cases of fires in administrative buildings have also become more frequent.

Military enlistment offices in Kaliningrad and Leningrad oblasts of the Russian Federation, and in the Republic of Mordovia (a federal subject of Russia) were set on fire on Sunday, 25 September.