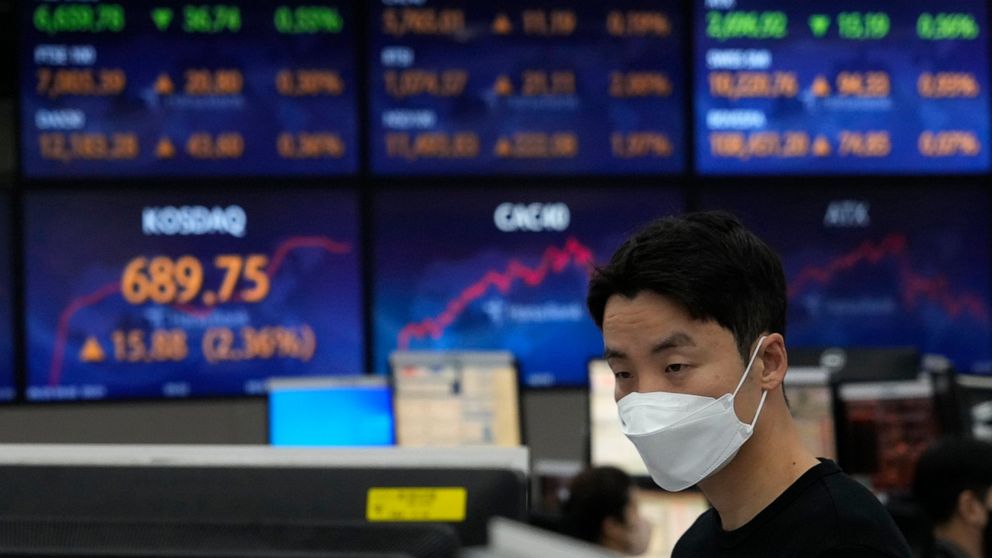 Market benchmarks in Hong Kong, Seoul and Sydney added more than 1%. Shanghai and Tokyo also rose. Oil prices edged lower after jumping by more than $3 per barrel the previous day.

Wall Street’s benchmark S&P 500 index surged 2% on Wednesday for its biggest gain in seven weeks after the Bank of England announced it would buy as many government bonds as needed to restore order to financial markets.

That helped to calm investor fears that planned British tax cuts would push up already high inflation. That had caused the value of the British pound to fall to its lowest level since the 1970s and bond prices to plunge.

“The risk of a major financial accident has been reduced in the short term,” David Chao of Invesco said in a report. “The focus will return to the still pressing macro challenges facing major economies.”

On Wall Street, the S&P 500 rose to 3,719.04 after the Bank of England said it would buy bonds over the next two weeks to stop a slide in prices. Investors were rattled by plans for 45 billion pounds ($48 billion) of tax cuts with no spending reductions.

The central bank earlier warned crumbling confidence in the economy posed a “material risk to U.K. financial stability.” The International Monetary Fund took the rare step of urging a member of the Group of Seven advanced economies to abandon its plan for tax cuts and more borrowing.

Despite Wednesday’s gain, the S&P 500 is down more than 20% from its Jan. 3 record, which puts it in what traders call a bear market.

Forecasters see more turbulence ahead due to worries about a possible recession, higher interest rates and even higher inflation.

The yield on the 10-year U.S. Treasury, or the difference between its market price and the payout if held to maturity, briefly exceeded 4% on Wednesday, its highest level in a decade.