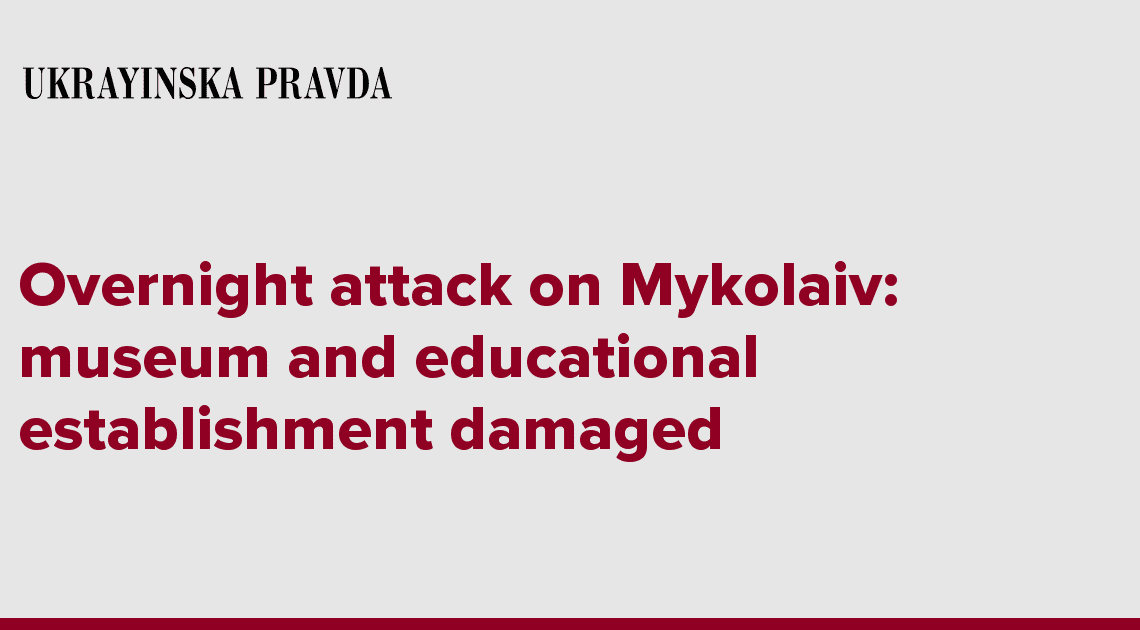 Russian forces launched missiles on the city of Mykolaiv in southern Ukraine on the night of 28–29 September, hitting civilian targets.

Quote from Kim: “Mykolaiv was attacked overnight, around 02:33 on 29 September. Preliminary reports indicate [the Russian used] an S-300 missile. [The missile] hit open ground, damaging civilian targets, including a museum and an educational establishment. There are no casualties.”

Details: Experts are inspecting the site of the Russian missile strike.

In addition, the town of Bereznehuvate (Bashtanka district) came under Russian fire around 02:25. A storage depot was destroyed. Private houses, shops and businesses were damaged. Information about casualties and fatalities has yet to be confirmed.

The village of Shyroke came under Russian fire between 16:00 and 17:00 on 28 September. Russian forces hit areas outside of the village itself, including a farming business, vegetable gardens, and roads. There are no casualties; no structures have been damaged or destroyed.