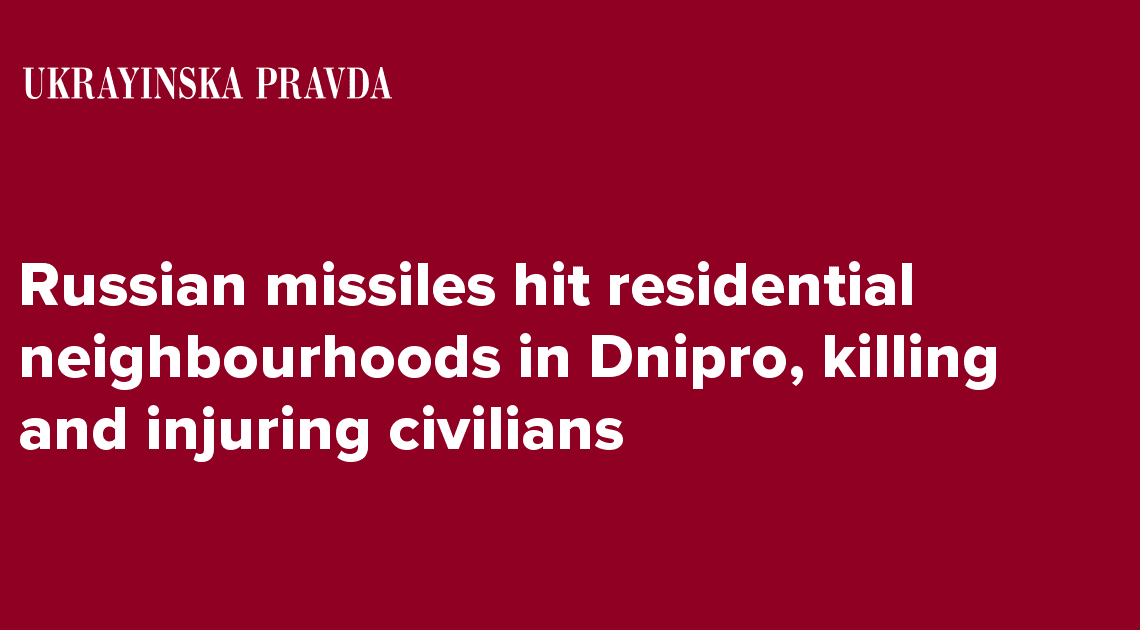 Russian forces carried out a missile strike on the city of Dnipro on the night of 28–29 September, killing at least three and injuring five civilians.

So far, three people have been reported killed, including a child… Another five, including a 12-year-old girl, sustained injuries. Rescuers saved her from her destroyed home, where she was sleeping, when the Russian missile hit it…

Several private houses are completely destroyed. Rescue workers are continuing to clear away the rubble and search for people. It is possible more children are trapped [under the rubble].”

Details: Over 60 private houses and several apartment blocks were damaged in the attack.

A local market, as well as buses, cars and power lines were also damaged.