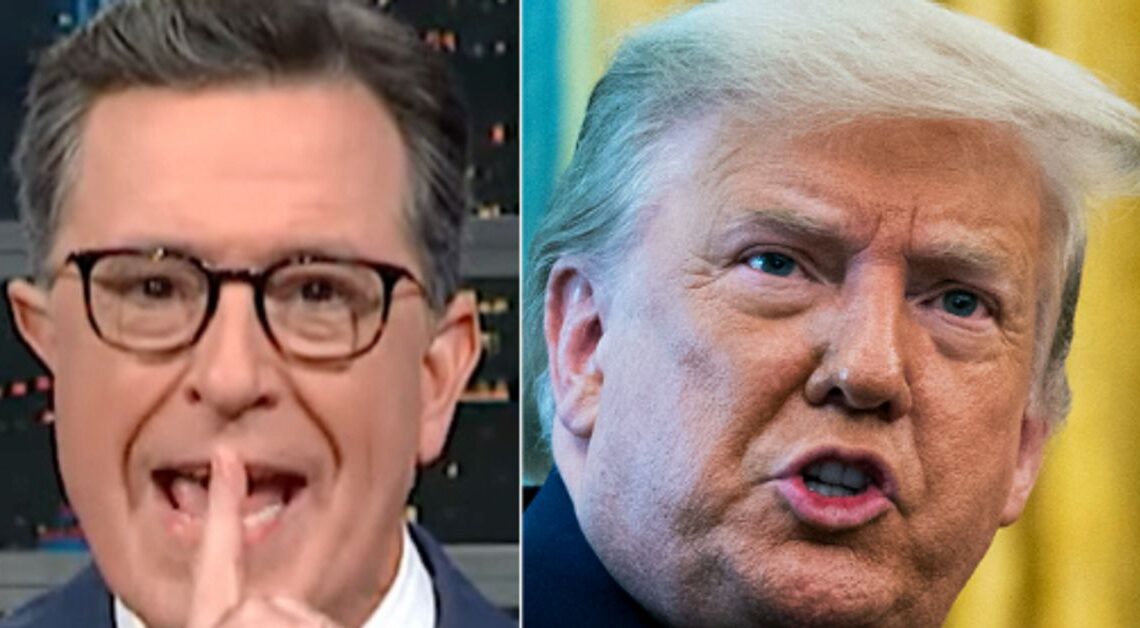 Stephen Colbert can’t get enough of the latest revelations about Donald Trump as yet another book about the ex-president hits shelves.

“That would be an awful way to find out they lost their jobs as…” Colbert struggled to figure out what they did. “Handbag blonde face? Haunted scarecrow? His and hers towel racks? I don’t know what they did.”

Trump’s then-chief of staff, John Kelly, told Trump he would have to fire them in person.

“In the end, the ex-president did what he’d done his whole life: He avoided his children,” Colbert said.

It wasn’t just family members that Trump had problems with in the White House.

“Haberman also reports that because of the ex-president’s tendency to just repeat whatever he had just heard, his aides started calling him ‘a sophisticated parrot,’” Colbert said, then offered his own variation on the nickname: