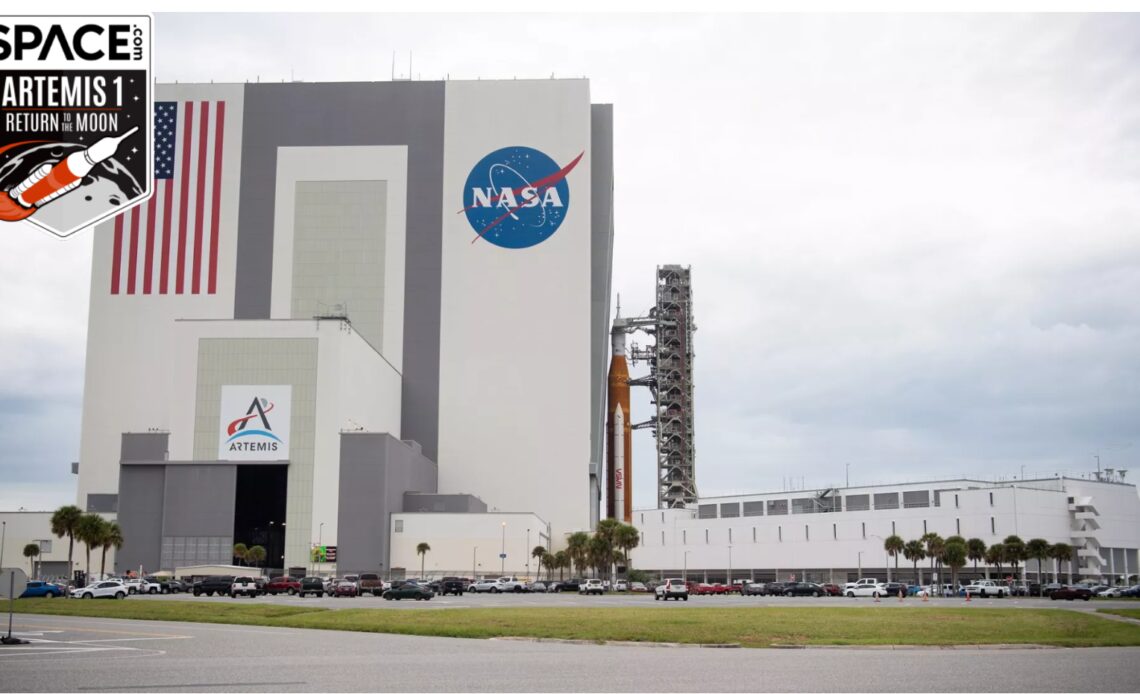 NASA’s historic Artemis 1 moon mission will now lift off in mid-November, if all goes according to plan.

The space agency had aimed to launch the uncrewed Artemis 1 on Tuesday (Sept. 27), but Hurricane Ian nixed that plan. The powerful storm forced NASA to roll Artemis 1 off Pad 39B at Florida’s Kennedy Space Center (KSC) and back into the safety of the Vehicle Assembly Building (VAB) early this week.

Ian hit KSC on Thursday (Sept. 29) as a tropical storm, and the sprawling center seems to have weathered the maelstrom well. The facility experienced just minor water intrusion in a few areas, and the Artemis 1 stack — a Space Launch System (SLS) rocket topped with an Orion capsule — suffered no damage, NASA officials said in an update on Friday afternoon (Sept. 30).

The storm did affect the timing of Artemis 1, however: NASA is now eyeing a liftoff between Nov. 12 and Nov. 27, though they have not yet identified a target date within that window.

“Focusing efforts on the November launch period allows time for employees at Kennedy to address the needs of their families and homes after the storm and for teams to identify additional checkouts needed before returning to the pad for launch,” NASA officials wrote in Friday’s update.

Some of the work at the VAB will involve Artemis 1’s flight termination system (FTS), which is designed to destroy the rocket if it veers off course during launch.

The U.S. Space Force, which oversees the Eastern Range of rocket launches, originally certified Artemis 1’s FTS for a 20-day stretch, back when the mission was scheduled to launch on Aug. 29. Technical glitches pushed the planned liftoff back to Sept. 27, and NASA secured FTS extensions from the Space Force through early October.

But now that Artemis 1 is back in the VAB, the mission team will retest the FTS, NASA officials wrote in Friday’s update. This will allow the Space Force to recertify the system, rather than continue issuing waivers.

Artemis 1 is the first mission of NASA’s Artemis program, which aims to establish a permanent human presence on and around the moon by the end of the 2020s.

If all goes according to plan, Artemis 1 will send the uncrewed Orion on a long journey to lunar orbit and back. Artemis 2 will launch astronauts around the moon in 2024, and Artemis 3 will land a crew near the lunar south pole in 2025 or 2026.

Mike Wall is the author of “Out…