Service dog finds Russian UAV shot down by National Guard, once repaired to be used by Ukraine / The New Voice of Ukraine 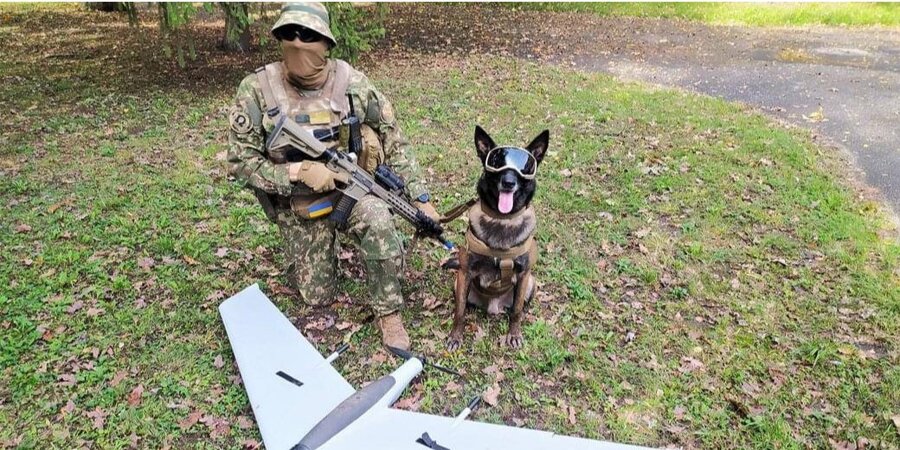 After National Guardsmen used small arms to shoot down a Russian spy drone near the village of Hoptivka in the north of Kharkiv Oblast, the determined doggy tracked down the fallen machine, the press service of the Ukrainian Interior Ministry reported on the Telegram messenger app.

When it was hit by gunfire from the ground, the operators of the drone lost control of the machine and, damaged, it floated to the ground after deploying its recovery parachute.

“In half an hour, the almost intact device was discovered by the service dog Zeus,” the Interior Ministry said in its report, quoting a National Guardsman known by the alias “Jaeger.”

The UAV will be repaired and transferred to the needs of the Armed Forces of Ukraine, the report said.