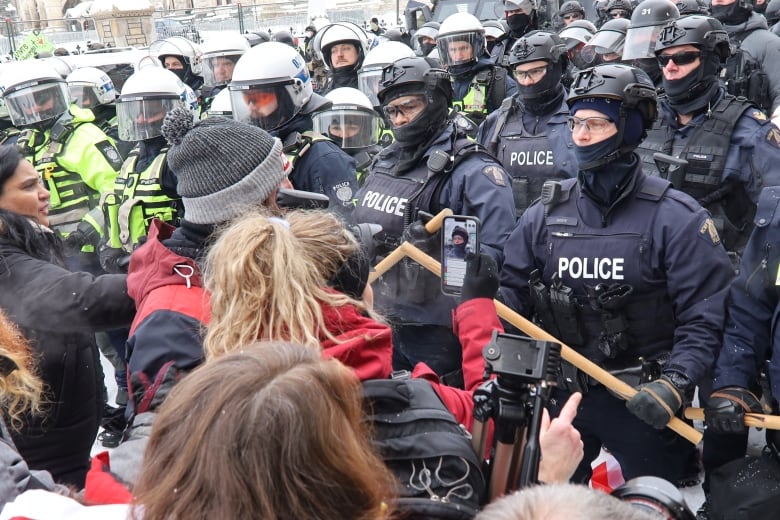 Six weeks of dramatic witness testimony come to a close today when Prime Minister Justin Trudeau appears before the Emergencies Act inquiry to defend his government’s decision to invoke the law for the first time in its 34-year history.

Trudeau’s highly anticipated appearance before the Public Order Emergency Commission wraps up the public hearing phase of the commission’s work. The commission is investigating the government’s decision to declare an emergency on Feb. 14 to clear anti-public health measure protests in Ottawa and deter border blockades.

The inquiry has heard testimony from dozens of witnesses, including Ottawa residents, local officials, police, protesters and senior federal ministers.

The inquiry has heard conflicting views from police and intelligence agency leaders about whether the Emergencies Act powers were needed.

The night before the law was invoked, RCMP Commissioner Brenda Lucki told Public Safety Minister Marco Mendicino that she felt police had not yet exhausted “all available tools,” according to an email seen by the inquiry.

But documents submitted into evidence on Thursday indicate that the RCMP wanted to keep the Emergencies Act in place for weeks after the protests were cleared.

Canadian Security Intelligence Service (CSIS) Director David Vigneault told the inquiry he supported invoking the Emergencies Act because “the regular tools were just not enough to address the situation.” He previously told the Public Order Emergency Commission he didn’t believe the convoy constituted a “threat to national security” according to the definition in CSIS’s enabling law.

Thomas also undermined Lucki’s claim that on the eve of the federal government invoking the Emergencies Act, she told Mendicino’s chief of staff that she felt police had not exhausted all legal tools.

Thomas told the inquiry Lucki failed to pass that information on during a meeting with senior officials on Feb. 13.

But a key piece of evidence may not see the light of day. During his testimony, Justice Minister David Lametti wouldn’t explain the legal opinion the government received when invoking the act, citing solicitor-client privilege.

Gordon Cameron, one of the lawyers for the…