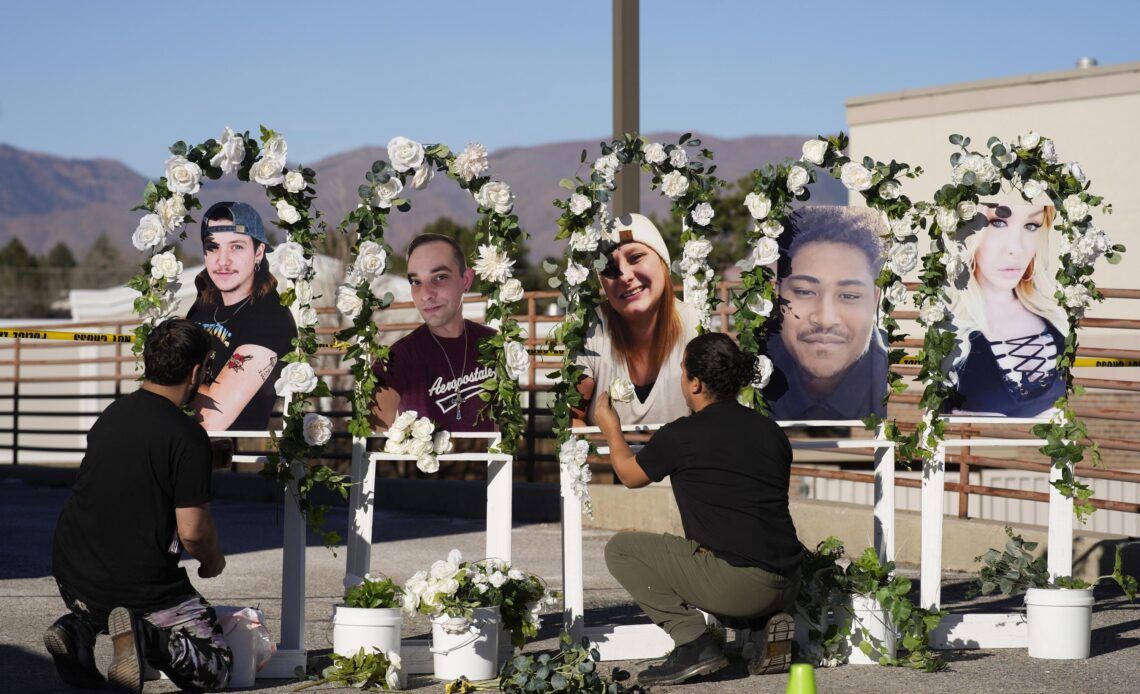 In several standard motions filed on behalf of Anderson Lee Aldrich on Tuesday, public defenders refer to the suspect as “Mx. Aldrich,” noting in footnotes that Aldrich, 22, is nonbinary and uses they/them pronouns. The motions deal with issues like unsealing documents and evidence gathering, not Aldrich’s identity and there was no elaboration about it.

Aldrich, who was beaten into submission by patrons during Saturday night’s shooting at Club Q, was scheduled to appear in court for the first time Wednesday by video from jail. The motive in the shooting was still under investigation, but authorities said Aldrich faces possible murder and hate crime charges.

Hate crime charges would require proving that the gunman was motivated by bias, such as against the victims’ actual or perceived sexual orientation or gender identity. The charges against Aldrich are preliminary, and prosecutors have not yet filed formal charges. Aldrich is represented by Joseph Archambault, a chief trial deputy with the state public defender’s office. Lawyers from the office do not comment on cases to the media.

It was also revealed Tuesday that Aldrich’s name was changed more than six years ago as a teenager, after filing a legal petition in Texas seeking to “protect himself” from a father with a criminal history including domestic violence against Aldrich’s mother.

Aldrich who faces murder and hate crime charges, was known as Nicholas Franklin Brink until 2016. Weeks before turning 16, Aldrich petitioned a Texas court for a name change, court records show. A petition for the name change was submitted on Brink’s behalf by their grandparents, who were their legal guardians at the time.

“Minor wishes to protect himself and his future from any connections to birth father and his criminal history. Father has had no contact with minor for several years,” said the petition filed in Bexar County, Texas.

The suspect’s father is a mixed martial arts fighter and pornography performer with an extensive criminal history, including convictions for battery against the alleged shooter’s mother, Laura Voepel, both before and after the suspect was born, state and federal court records show. A 2002 misdemeanor battery conviction in California resulted…