Argentines shocked, saddened by loss to Saudis at World Cup 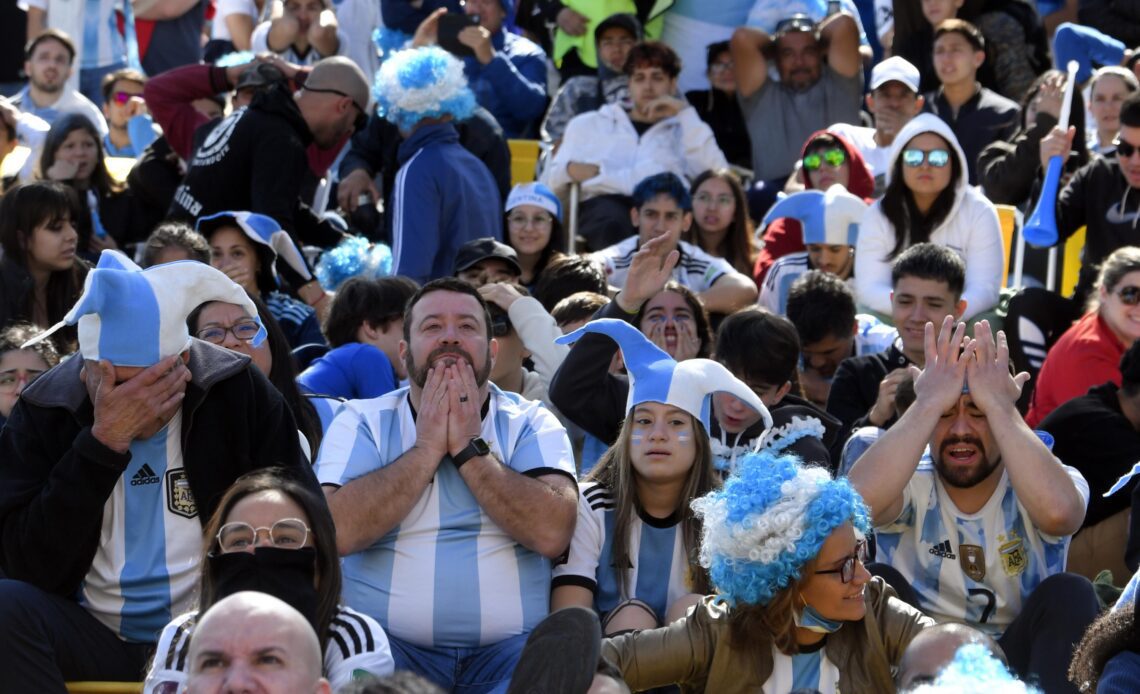 BUENOS AIRES, Argentina (AP) — Tears welled in the eyes of Oscar López as he washed the windows of the Buenos Aires building where he works as the superintendent.

A devoted fan of Argentina, the 67-year-old was visibly upset as he reflected on the bitter 2-1 loss by the national team, delivered by upstart Saudi Arabia on Monday at the World Cup in Qatar.

But the fact that Argentina was favored over the Saudis is no excuse, Lopez said.

“If they’re in the World Cup, no team is easy,” López said. “You always have to be careful.”

Most of Argentina got up early to watch the 7 a.m. match and the long-awaited debut of Lionel Messi’s team. Many walked to bakeries in Buenos Aires wearing the light-blue-and-white jerseys to grab snacks.

Sounds of cheering were heard in the streets at the kickoff. More noise followed when Messi scored early in the game, and the din of air horns penetrated the morning air.

But an eerie silence then set in, as what was supposed to be an easy match turned challenging. Saudi Arabia rallied with two second-half goals, and one of World Cup’s favorites instead suffered one of its biggest upsets.

“The truth is, this is a disappointment, a big disappointment,” said Alejandro Pintos, a 36-year-old locksmith who opened his shop later than usual to watch the game. “This was the match that we had no choice but to win.”

Pintos said the national team was “very disorganized” — something he found particularly frustrating, given its 36-match unbeaten streak leading up to the tournament.

Local media quoted Messi as saying he was just as shocked as the fans on how things had turned out.

Other fans took to social media to complain about three potential Argentina goals ruled out on offside calls.

Argentines were counting on the World Cup to bring a glimmer of a hope to a country that has been economically stagnant for years, suffering a nearly 100% inflation rate and where close to four in 10 live in poverty.

“I’m really quite bitter,” said Josefina Licera, a 27-year-old social worker, as she waited to take a bus to work. “I was really sure we were going to win, and it was a big surprise.”

Susana Leguizamón, 55, woke up early, put on her blue-and-white-striped Argentina jersey and was ready to celebrate.

“I was very, very, very surprised,” she said. “The truth is, we underestimated our rival.”

But Santiago Babarro, 40, said he…