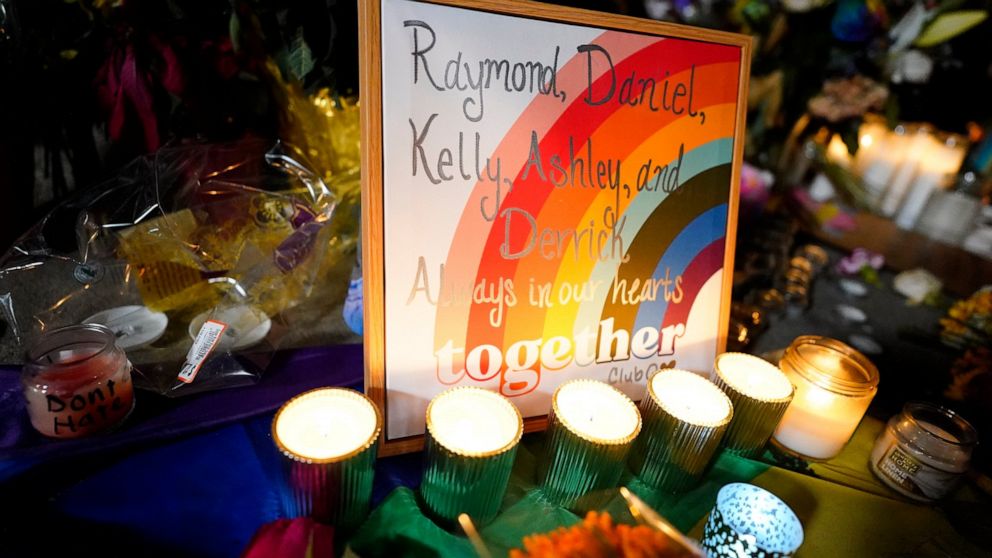 COLORADO SPRINGS, Colo. — The suspect in the fatal shooting of five people at a Colorado gay nightclub changed his name more than six years ago as a teenager, after filing a legal petition in Texas saying he wanted to “protect himself” from a father with a criminal history including domestic violence against the suspect’s mother.

Anderson Lee Aldrich, 22, who faces murder and hate crime charges, was known as Nicholas Franklin Brink until 2016. Weeks before his 16th birthday, he petitioned a Texas court to change his name, court records show. A petition for the name change was submitted on Brink’s behalf by his grandparents, who were his legal guardians at the time.

“Minor wishes to protect himself and his future from any connections to birth father and his criminal history. Father has had no contact with minor for several years,” said the petition filed in Bexar County, Texas.

The suspect’s father is a mixed martial arts fighter and pornography performer with an extensive criminal history, including convictions for battery against the alleged shooter’s mother, Laura Voepel, both before and after the suspect was born, state and federal court records show. A 2002 misdemeanor battery conviction in California resulted in a protective order that initially barred the father, Aaron F. Brink, from contacting the suspect or his mother except through an attorney, but was later modified to allow monitored visits with the child.

The father also was sentenced to 2 1/2 years in custody for importation of marijuana and while on supervised release violated his conditions by testing positive for illegal steroids, according to public records. Brink could not be reached for comment Tuesday.

His son’s request for a name change came months after Aldrich was apparently targeted by online bullying. A website posting from June 2015 that attacked a boy named Nick Brink suggests he may have been bullied in high school. The post included photos similar to ones of the shooting suspect and ridiculed Brink over his weight, lack of money and what it said was an interest in Chinese cartoons.

Additionally, a YouTube account was opened in Brink’s name that included an animation titled “Asian homosexual gets molested.”

The motive in Saturday’s shooting at Club Q in Colorado Springs was still under investigation, but the details emerging about the suspect suggest a turbulent upbringing. The name change and bullying were first reported by The Washington Post.