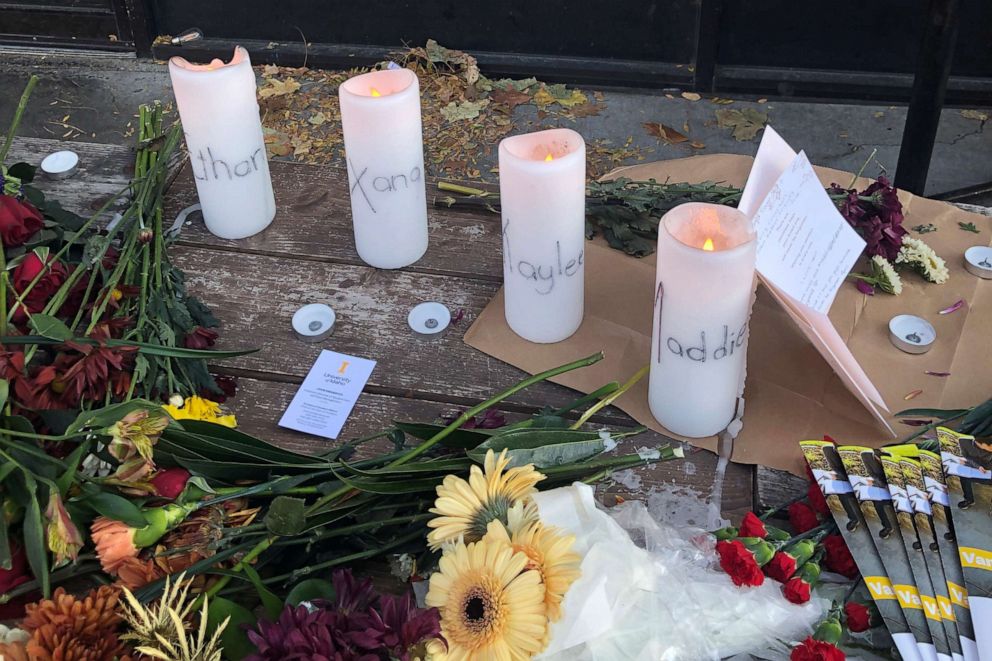 Police in Moscow, Idaho, said they have not been able to verify or identify a stalker of one of the slain University of Idaho students, 21-year-old Kaylee Goncalves.

“Investigators have looked extensively into information they received about Kaylee Goncalves having a stalker. They have pursued hundreds of pieces of information related to this topic and have not been able to verify or identify a stalker,” Moscow police said. “If you have information that can help detectives, please contact the tip line at 208-883-7180 or email tipline@ci.moscow.id.us.”

The update came after authorities said earlier in the day they were aware of reports of Goncalves possibly having a stalker.

The other students killed in the off-campus house in the early hours of Nov. 13 were Ethan Chapin, 20; Chapin’s girlfriend, Xana Kernodle, 20, and Goncalves’ lifelong best friend, Madison Mogen, 21.

Although no suspects are in custody more than one week after the four students were stabbed to death, Snell said he remains “optimistic.”

“There is a piece of evidence out there somewhere that’s gonna help us solve this case,” he said.

Community members are in fear, Snell said, but they’re also patient. While police can’t release certain information, Snell said, “We continue to work hard and we want the community to know what we’re doing.”

More than 100 investigators, officers and support staff have fielded about 600 tips, officials said Sunday. As the tips pour in, each has been processed, vetted and cleared, according to the Moscow Police Department.

Investigators said they’re searching for surveillance video and are asking for tips from anyone “who observed suspicious behavior.”

Investigators have also released timelines detailing the whereabouts of the victims and the other students who lived at the off-campus house.

ABC News contributor and former FBI agent Brad Garrett told “Good Morning America” on Monday that the killer or killers may have been familiar with the layout of the house.

“It tells me that someone came into the house with a comfort level — that they probably knew their way around the house,” Garrett said.