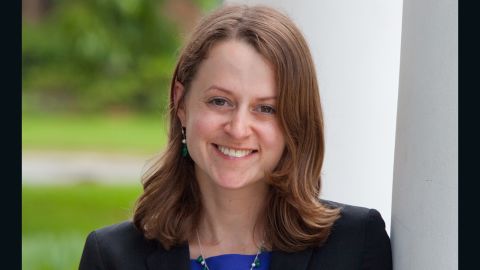 Editor’s Note: Mary Ziegler is the Martin Luther King Jr. professor of law at the University of California, Davis and author of the book “Dollars for Life: The Anti-Abortion Movement and the Fall of the Republican Establishment.” The views expressed here are her own. Read more opinion on CNN.

The Supreme Court’s reputation was already in question when The New York Times released an exposé over the weekend about another alleged breach at the high court.

Earlier this year, there had been revelations that Ginni Thomas, a conservative operative married to Justice Clarence Thomas, repeatedly urged former White House chief of staff Mark Meadows to overturn the results of the 2020 election.

Some legal experts suggested that Clarence Thomas should have recused himself from cases involving the 2020 election, but he did not. (In a statement before meeting with the January 6 committee, Ginni Thomas said she never discussed her campaign activities regarding the 2020 election with her husband.)

In May came the unprecedented leak of a full draft of an opinion in Dobbs v. Jackson Women’s Health Organization dismantling federal protection of abortion rights.

The Dobbs leak set off an internal investigation — which is still ongoing — and reportedly poisoned the atmosphere at the court; another round of leaks soon followed around the possibility that some wavering had occurred from within on overturning Roe v. Wade, the landmark abortion rights case.

The leak prompted fierce criticism, especially from within the court. Justice Samuel Alito, the author of the Dobbs majority, recently called the leak a quote, “grave betrayal,” in an appearance before the conservative Heritage Foundation, suggesting that it put the lives of some of the high court’s conservative justices at risk.

By the end of the summer, it seemed that two things were true. First, this series of revelations had wreaked havoc on the court’s public image, convincing many Americans that it was a profoundly partisan institution.

And, second, members of the court’s conservative supermajority did not much seem to care.

Just look at what happened with Dobbs: Despite months of controversy and plummeting poll numbers, the court…