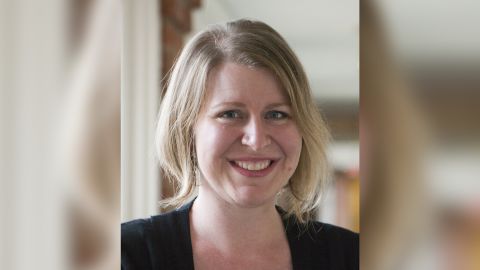 Editor’s Note: Nicole Hemmer is an associate professor of history and director of the Carolyn T. and Robert M. Rogers Center for the Study of the Presidency at Vanderbilt University. She is the author of “Messengers of the Right: Conservative Media and the Transformation of American Politics” and the forthcoming “Partisans: The Conservative Revolutionaries Who Remade American Politics in the 1990s.” She cohosts the history podcasts “Past Present” and “This Day in Esoteric Political History.” The views expressed in this commentary are her own. View more opinion on CNN.

When Michelle Obama took the stage at the 2016 Democratic National Convention, she had a clear mission: to inject some inspiration into what had been a challenging campaign. The tensions within the Democratic Party, represented by Sen. Bernie Sanders’ unexpectedly strong showing in the primaries, had been roiling the convention since it began, and Hillary Clinton’s team had struggled to find the balance between the inspiring firsts of her nomination and the dark, chaotic energy of Donald Trump’s candidacy.

It was Obama who struck that balance, in a speech full of both urgency and possibility. The most memorable line would become a rallying cry for liberals: “When they go low, we go high.”

From another speaker, such a line might have carried a whiff of liberal smugness, more high-horse than high-ground. But from Obama, someone who had not sought the spotlight and remained torn about her role in politics, it was a reminder not to follow Trump down onto the low road, to model the world in which you wanted to live.

It was also a sign that Obama might someday produce a book like her latest. “The Light We Carry” comes four years after her memoir, “Becoming,” a book that sold 10 million copies in its first months on the market.

But “The Light We Carry” is not a follow-up memoir. It’s a self-help book, one that reflects all the conventions of the genre and shows that Obama understands her appeal: not as a former first lady who has done things few people will ever be able to do, but as a person who has faced familiar challenges despite her unusual circumstances. She has an intuitive sense of how blurred the lines have…