Prayers go on, sometimes out of sight, in prep football 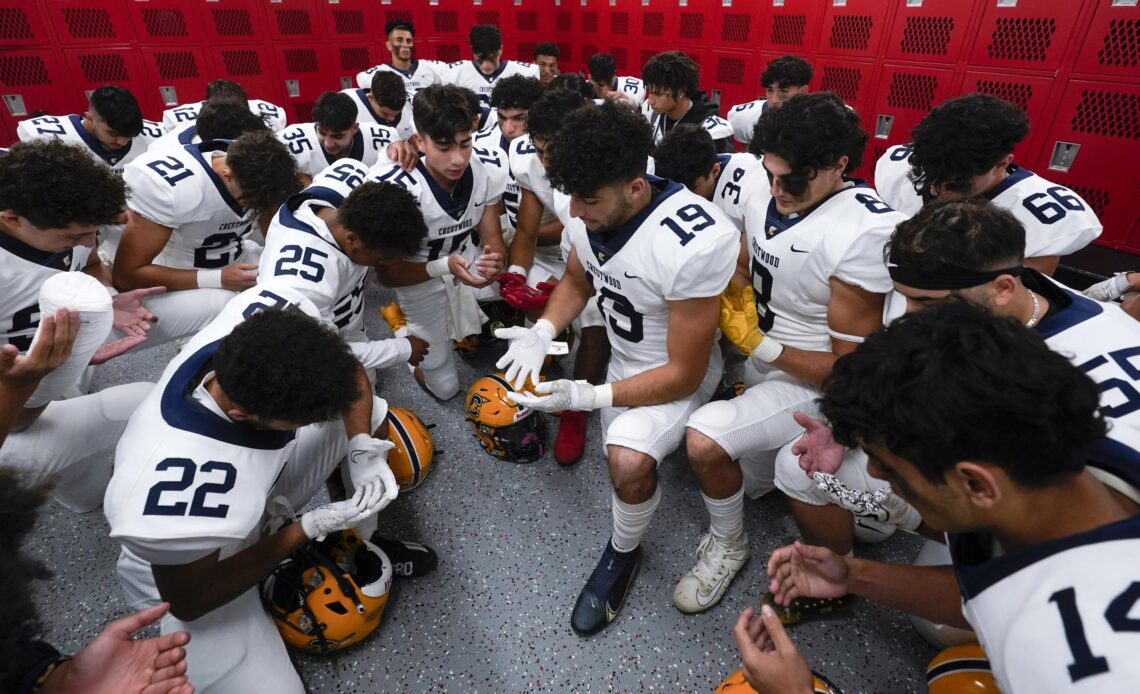 Forty yards down the sideline, three Muslim young men were having a quiet moment of their own.

Across America, most high school football seasons are winding down. Thousands of games, the first since the Supreme Court in June ruled it was OK for a public school coach near Seattle to pray on the field. The decision prompted speculation that prayer would become an even bigger part of the game-day fabric, though that hasn’t seemed to be the case.

Fouad Zaban, the head coach at Fordson High in Dearborn, calls the area just outside Detroit the “Middle East of America” and it is indeed home to thousands of people of Arab descent. After the court ruling, Zaban said, he was flooded with requests to use his platform and constitutional right to pray publicly. After thinking about it, he chose to keep his team’s prayers behind closed doors to avoid potential anti-Islamic jeers from fans in other communities.

“That was a concern that they were going to get backlash,” Zaban said.

With the nation’s culture wars spilling into education, it is challenging to have teachable moments about big news — like a precedent-setting court ruling — and coaches such as Zaban would rather punt than pray publicly.

“It’s harder, whether you’re a coach, librarian, teacher or counselor,” said Lara Schwartz, an American University professor whose specialties include campus speech and constitutional law. “There are activist groups targeting books and ideas, saying you can lose your license if you have these conversations. That to me is a threat to people having good constructive dialogue in classrooms, or with coaches.”

In Michigan, some teams with multiple religions represented on their rosters have found ways for everyone who wants to participate to do so if they wish.

“We don’t force anybody to do that,” said Ibe, the defensive line coach in West Bloomfield. “We just take that moment…