35 people injured in Kyiv Oblast, 31 of them in Vyshhorod, following Russian missile attack 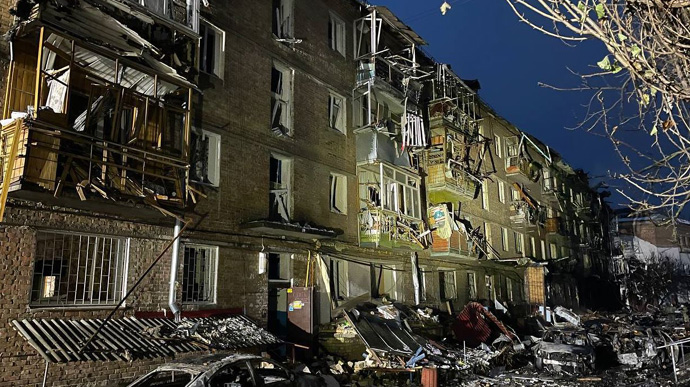 35 people have been injured in Kyiv Oblast as a result of the massive Russian missile attack on 23 November.

Quote: “35 people were injured as a result of the massive enemy attack, 31 of them in Vyshhorod [Kyiv Oblast – ed.] alone.

The injured have been taken to medical facilities, and all of them are being provided with the necessary assistance.

Rescue workers and police officers are working at the scene of the strike. An “invincibility centre” [tent where people can get necessary help – ed.] has been set up nearby.”

Details: At the same time, local online communities in Vyshhorod report that five people were killed as a result of the Russian attack.

According to Kuleba, residents with shrapnel wounds are refusing assistance so that those who need it more can receive it.

One person was injured and a private house was destroyed in the town of Chabany, Kyiv Oblast.

One person was injured in the village of Hlevakha, Kyiv Oblast.

Three people were injured in the town of Ukrainka, Kyiv Oblast. All of them are receiving medical care.

Previously: The National Police of Ukraine reported that 36 Ukrainian citizens were injured and six were killed as a result of the Russian missile attack on 23 November.