A Hyundai dealer handed her a $7K repair bill. Here’s why an expert says that’s ‘outrageous’ 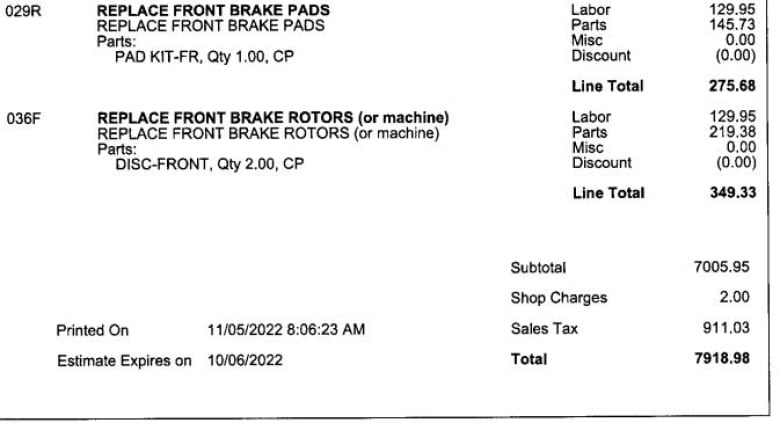 Daryan Coryat says she could hardly believe it when a Barrie, Ont. Hyundai dealership handed her a $7,000 repair bill for her SUV.

Coryat wants Baytowne Hyundai to help help pay the cost, saying the dealership didn’t take proper care of her 2013 Hyundai Tucson while the vehicle sat for eight months on its lot waiting for a new engine part.

“They didn’t want to help out whatsoever,” said Coryat, who lives on the outskirts of Barrie about 110 kilometres north of Toronto.

She says she took her SUV to the dealership in August 2021 when it broke down. Hyundai Canada eventually agreed to the repairs as the part that broke was under recall for 2013 Tucsons.

“It took about eight months for the part to get here due to COVID and part shortages,” Coryat told CBC Toronto.

She says Baytowne told her the vehicle was ready in April 2022, but the engine light went on when she drove it off the lot and Coryat noticed immediate problems.

She took it back to the dealership right away, which is when Coryat says they charged her for an inspection and quoted her $7,000 in new repairs. When more than $900 in sales tax was added, the bill came to $7,918.98

“They told me so many other things were now wrong with it that weren’t originally wrong with it when they ran the initial diagnostic back in September of last year.”

CBC Toronto reached out to Baytowne Hyundai, but the dealership declined a request for an interview.

George Iny, the director of the Automobile Protection Association, says Coryat’s experience is a cautionary tale. He says it’s a “very bad year” for getting vehicles repaired, especially for Kia and Hyundai customers, due to widespread issues with the availability of parts.

“There are hundreds of people in Canada today waiting for parts, maybe thousands,” said Iny.

He says dealers are responsible for looking after vehicles that are in their care while they await parts.

“You know they look after vehicles in their own inventory that belong to them,” he said.

“You would expect them to exercise…