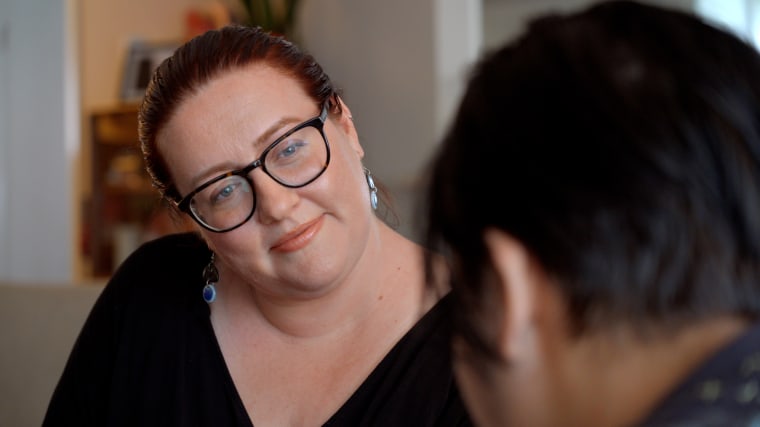 In June, Katie Laird and her son Noah, then 15, packed up a U-Haul at their home in Texas and drove more than 1,000 miles to Colorado.

She said they decided to move after months of living in fear. In February, following a legal opinion from Texas Attorney General Ken Paxton, Gov. Greg Abbott directed the state’s Department of Family and Protective Services to investigate any allegations of parents providing gender-affirming medical care to their minor children as child abuse.

The department began opening investigations into families days later, but Laird told NBC News in March that she didn’t have plans to move. She said that while she feared a state investigator could show up at her front door, she and her family felt like they could fight back.

That plan changed less than a month later, she said, after Noah lost access to his transition-related care program for three weeks following a decision by the Texas Children’s Hospital in Houston to pause all gender-affirming care for its minor patients. At the time, the hospital said in a statement that the decision was made after assessing the actions of Paxton and Abbott.

“This step was taken to safeguard our healthcare professionals and impacted families from potential criminal legal ramifications,” it said.

On June 27, Laird and Noah pulled away in the U-Haul after saying goodbye to Noah’s father, his stepfather and the teen’s 5-year-old brother. The emotional moment is captured in “Dear Noah: Pages From a Family Diary,” an NBC OUT documentary that debuted on NBC News NOW and Peacock on Friday and will publish on NBC News Digital on Wednesday. The documentary was produced by NBC News Digital Docs and premiered at Meet the Press Film Festival at DOC NYC on Nov. 15.

Noah, now 16, said that, in that moment, it felt like he and his mom were running away.

“It was just hard and it still is hard to leave literally everything I’ve ever known in my entire life,” he said in an interview this month.

The family’s story reveals part of the impact Abbott’s directive is having on the families of trans youths in Texas. They left out of fear that Noah would lose the care recommended by his medical team, but also because the state was becoming increasingly hostile for trans people, Laird said.

In 2021, Texas considered over 50 bills targeting…