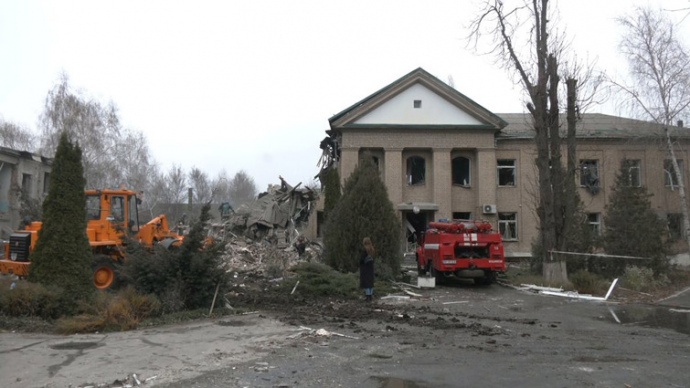 At the time of the missile attack on the Vilniansk Hospital in Zaporizhzhia Oblast on 23 November, 2022, which killed an infant, there were 47 patients.

Details: Currently, there are six patients in the hospital: three of them depend on oxygen, and three are post-surgery.

According to Nataliia Musiienko, the head of Vilniansk City Council, the mother of the murdered newborn child was sent home. The woman is in a state of shock. The body of the boy Kyrylo, who lived for only two days, was sent for forensic examination.

Obstetrician-gynaecologist Andrii Andriiovych, who has worked in the hospital for 15 years, was also wounded during the attack. The man was pulled out from under the rubble of the destroyed hospital building.

Quote: “We sent him to the regional clinical hospital by an ambulance accompanied by a resuscitation team. He was conscious, and completely adequate. But he has a contusion and burns,” – Oleh Ivashchenko said.

Details: According to Ivashchenko, the medical facility will continue to operate, but only the heated wing will be functional.

Quote: “We are putting all this destruction in order and will work on those beds that we have managed to save,” – the hospital director said.

Previously: Viktor Liashko, the Minister of Health of Ukraine, reacted very emotionally and harshly to the attack on the hospital and the death of a child.