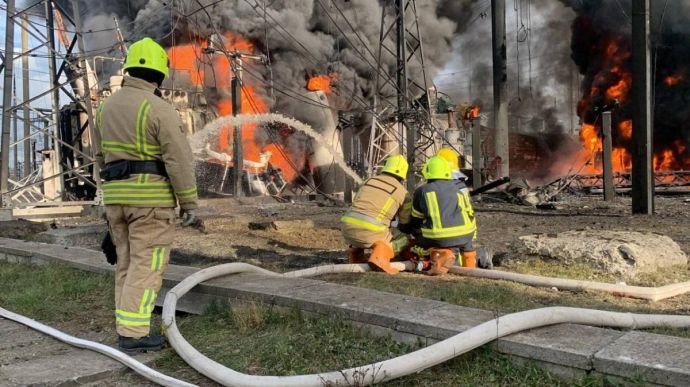 The largest private energy company of Ukraine, DTEK [diversified energy holding], announced that it had suffered its 14th terrorist attack by the Russians.

“Over the past two months, this is already the 14th terrorist attack by Russia on the energy enterprises of DTEK Energo. As a result of the previous attacks, 22 energy workers were injured, and three were killed. Rescuers were also injured.”

Details: The company reported that for safety reasons, only critically necessary employees are working at the facilities,  while others are working remotely.

On 23 November, Russia once again launched a massive missile attack on critical infrastructure facilities in Ukraine. Anti-aircraft defence systems of Ukraine have shot down 51 out of 70 missiles launched, as well as five kamikaze drones that Russia launched at Ukraine on 23 November.