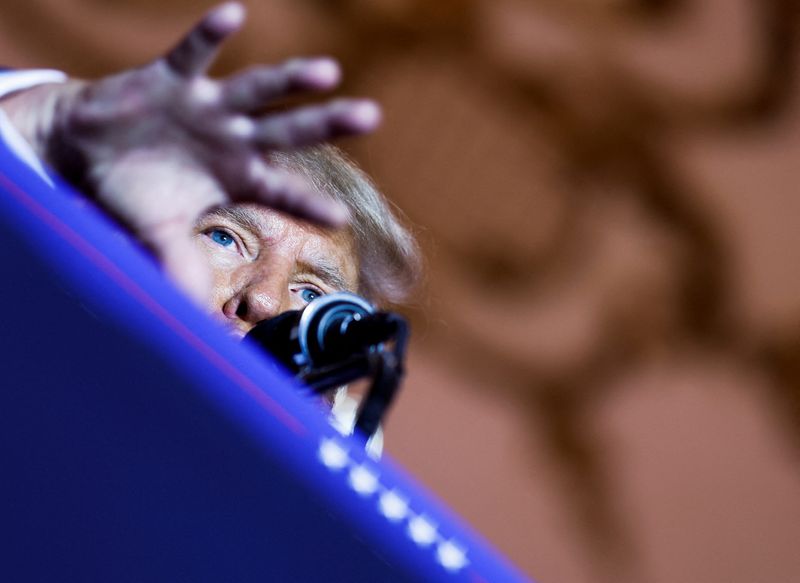 NEW YORK (Reuters) – Donald Trump lost his latest battle to keep his tax returns secret when the U.S. Supreme Court cleared the way for the release of the Republican former president’s records to the Democratic-led House of Representatives Ways and Means Committee.

Here is a look at Trump’s efforts to keep his tax returns secret, what is known about their content so far and what could come next as he again runs for president in 2024.

Members of the Ways and Means Committee, which has jurisdiction related to tax issues, have said they hope to receive Trump’s returns as soon as next week after the Supreme Court’ action on Tuesday.

Trump, who served as president from 2017 to 2021, reported heavy losses from his business enterprises over several years to offset hundreds of millions of dollars in income, according to news media reporting and trial testimony about his finances. That allowed him to pay very little in taxes.

Trump in 2020 called the article “fake news.” A Trump Organization lawyer in 2020 said that Trump “paid tens of millions of dollars in personal taxes to the federal government” over the prior decade.

The Trump Organization, his real estate company, is on trial in Manhattan after pleading not guilty to a July 2021 indictment from the Manhattan district attorney’s office charging it with tax fraud and other crimes. Prosecutors have accused the Trump Organization of paying executives through off-the-books perks including bonuses as if they were freelancers. Trump was not charged in the case. The company’s former chief financial officer was charged and pleaded guilty.

Trump’s outside accountant testified at the trial on Tuesday that Trump reported net operating losses every year from 2011 to 2018 following losses of $700 million in 2009 and $200 million in 2010.

Trump was the first U.S. president in four decades not to release his tax returns, which contain details about his wealth and his company. It had long been customary, though not required, for presidents to release their returns. Trump…