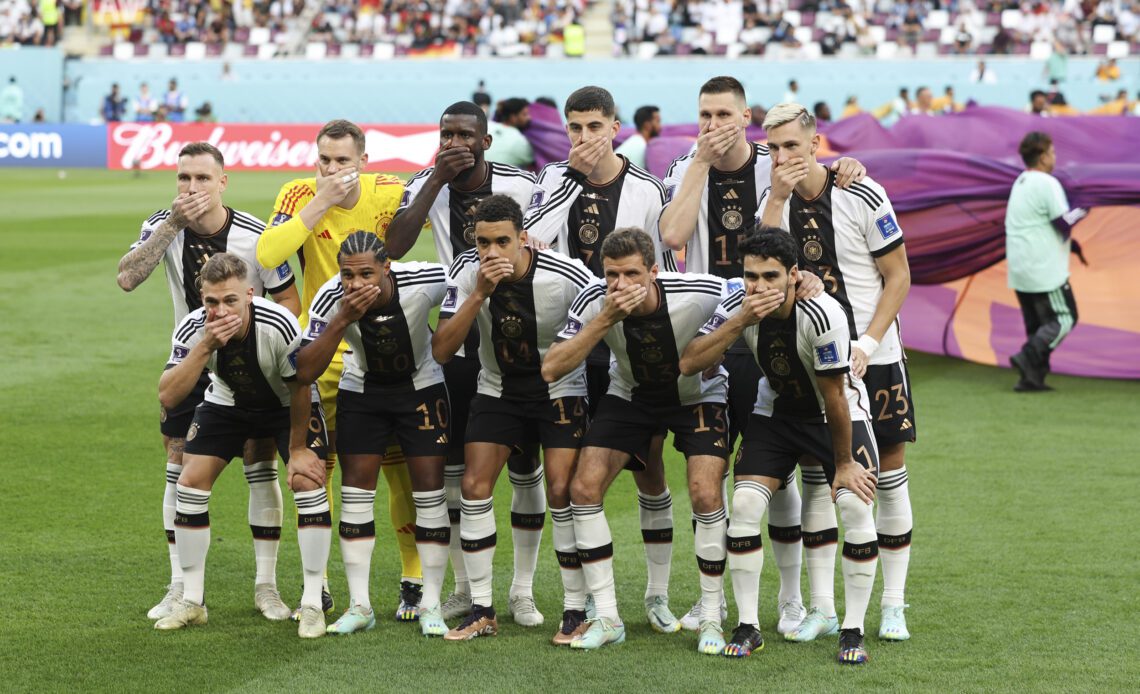 The German national soccer team staged a silent protest against its World Cup hosts in Qatar and the sport’s governing bodies Wednesday, declaring that human rights were nonnegotiable.

Before Germany kicked off against Japan at Khalifa International Stadium in Doha, the starting 11 posed for a picture covering their mouths.

Team captains of several European teams had planned to do “One Love” armbands to signal support for the “One Love” campaign for human rights. But the national soccer federations of those squads, instead, adhered to the world body FIFA’s demand to not stage that in-game messaging, amid threats of punishment.

That move apparently did not sit well with Germany, a perennial contender to win the world’s most famed soccer tournament.

“It wasn’t about making a political statement,” according to a post on the team’s English-language Twitter feed. Human rights are nonnegotiable, it said. “That should be taken for granted, but it still isn’t the case. That’s why this message is so important to us.”

Germany led through much of Wednesday night’s match before Japan scored two late goals to secure a stunning upset.

Takuma Asano’s winner came from a sharp angle in the 83rd minute, as the Samurai Blue captured an unlikely three points from the heavily favored Germans.

Entering the World Cup, Germany and Spain were listed as the No. 5 picks to win it all, at about 10-to-1 odds.